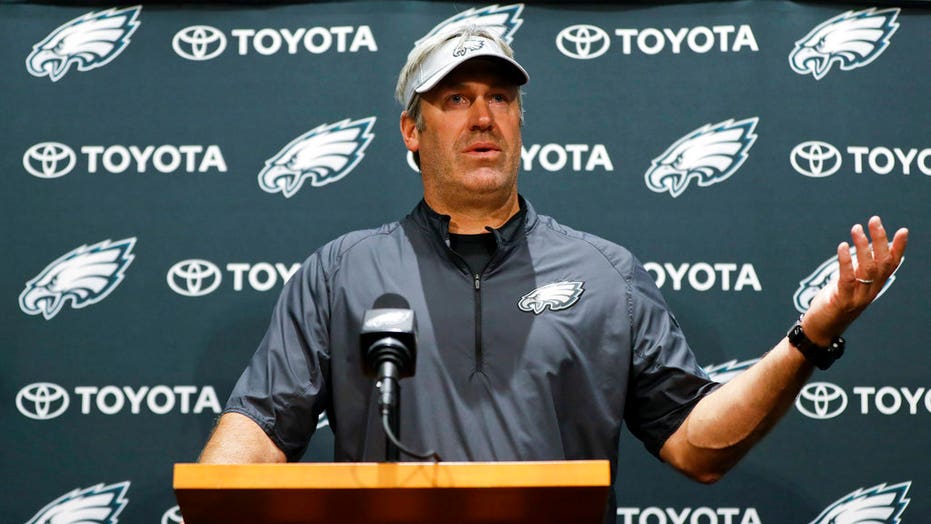 The Philadelphia Eagles may be interested in quarterback Colin Kaepernick and his services, according to head coach Doug Pederson.

Pederson made an appearance on 94WIP and discussed the possibility of adding Kaepernick to the team’s quarterback room, which consists of starter Carson Wentz and 2020 second-round draft pick Jalen Hurts.

“I think it’s something that if a team or even us were in a situation, we would look at all possibilities and scenarios,” Pederson said of Kaepernick. “The one thing you have to keep in mind is he hasn’t played in a couple years. That still doesn’t mean he couldn’t come in and be a backup and learn your system and do those things for you. It’s not out of the realm or possibility that could happen.”

During a Zoom call on Tuesday, Pederson said that he has no issue with Kaepernick or any other player taking a political stance.

“I support players who demonstrate peacefully and stand for something,” Pederson said.

In his time away from the NFL, Kaepernick has been involved in a number of social activism organizations and founded the Know Your Rights Camp, which teaches young children about self-empowerment, American history and legal rights. He also picked up a multimillion-dollar deal with Nike.

Fox News' Joseph A. Wulfsohn and Ryan Gaydos contributed to this report.