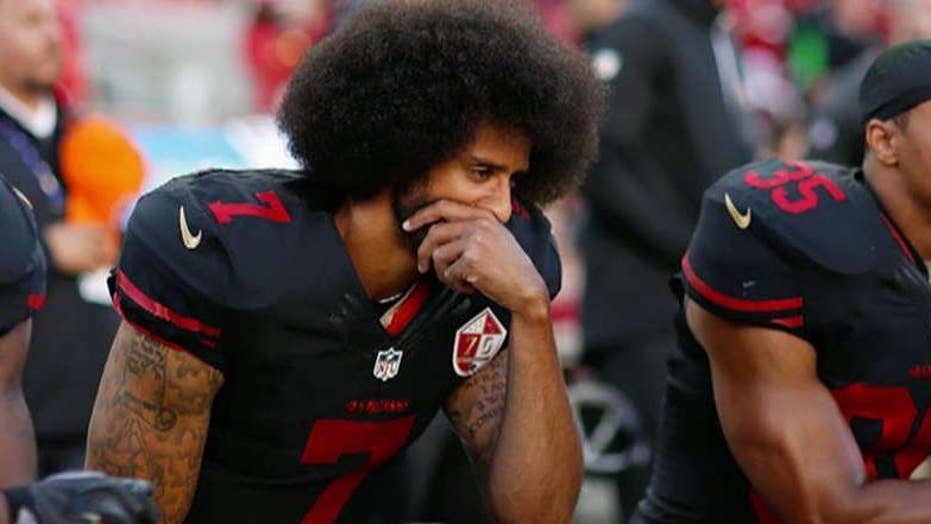 Former NFL quarterback Colin Kaepernick on Wednesday shared a video on social media commemorating the three-year anniversary of when he first kneeled in protest during the national anthem at games.

Kaepernick first kneeled during the national anthem during a preseason game in 2016. His protest sparked a firestorm across the NFL with several players joining in, or raising a first, during “The Star-Spangled Banner” - a protest that still continues three years later.

“Today marks the three year anniversary of the first time I protested systemic oppression. I continue to work and stand with the people in our fight for liberation, despite those who are trying to erase the movement! The movement has always lived with the people!” he tweeted.

The video features graphic footage from high-profile police shootings, including those of Walter Scott in South Carolina and Alton Sterling in Louisiana, among others.

Kaepernick’s voice is heard saying: “How can you stand for the national anthem of a nation that preaches and propagates freedom and justice for all that is so unjust to many of the people living in it?"

The next clip shows the ex-San Francisco 49ers player explaining why he was protesting during the national anthem and telling reporters it was to call attention to perceived social and racial injustices in the U.S. He said he was doing it for those who don’t have a voice.

Kaepernick has not played in the league since the 2016 season after opting out of his contract. He shared a video last week reminding NFL teams he was “still ready” to play if called upon.