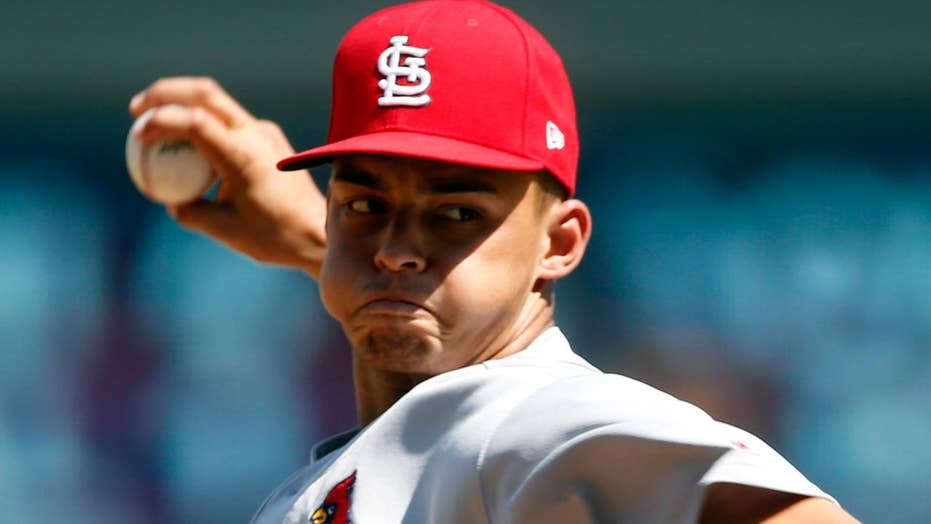 A relief pitcher for the St. Louis Cardinals on Sunday lit up the radar gun with two pitches registering at 105 mph in the team’s 5-1 win over the Philadelphia Phillies.