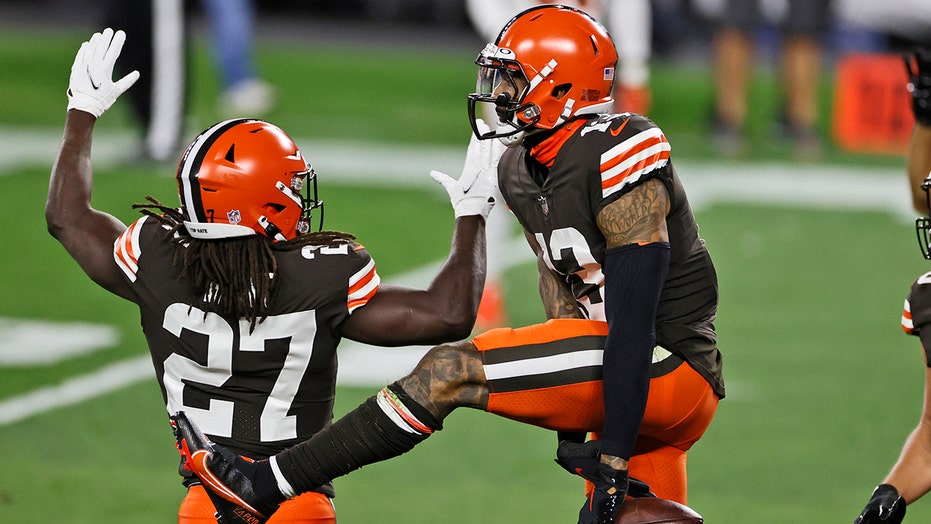 Cleveland Browns stars Baker Mayfield and Odell Beckham Jr. were under scrutiny heading into their Week 2 game against the Cincinnati Bengals on Thursday night.

For a brief moment, all the criticism was quieted when quarterback Mayfield found receiver Beckham for a long touchdown pass in the second quarter.

On that second quarter play, Mayfield took the snap and faked a handoff, then rolled to his left and fired the ball down to Beckham -- who gained separation on a double move against the Cincinnati cornerback.

The result: a 43-yard touchdown pass from Mayfield to Beckham to put Cleveland up 14-3 after the extra point.

Mayfield, Beckham and the Browns had been criticized heading into the game. Cleveland was blown out 38-6 against the Baltimore Ravens in Week 1.

The third-year quarterback from Oklahoma had a touchdown pass and 189 passing yards in the game but also had an interception. He was sacked twice. He completed 21-of-39 passes.

Beckham had only three catches for 22 yards on 10 targets.

Getting started early was key for the Browns. Mayfield started the game completing his first five passes. The Browns got an early score on an 11-yard Nick Chubb touchdown run.

Both teams were winless heading into the game.