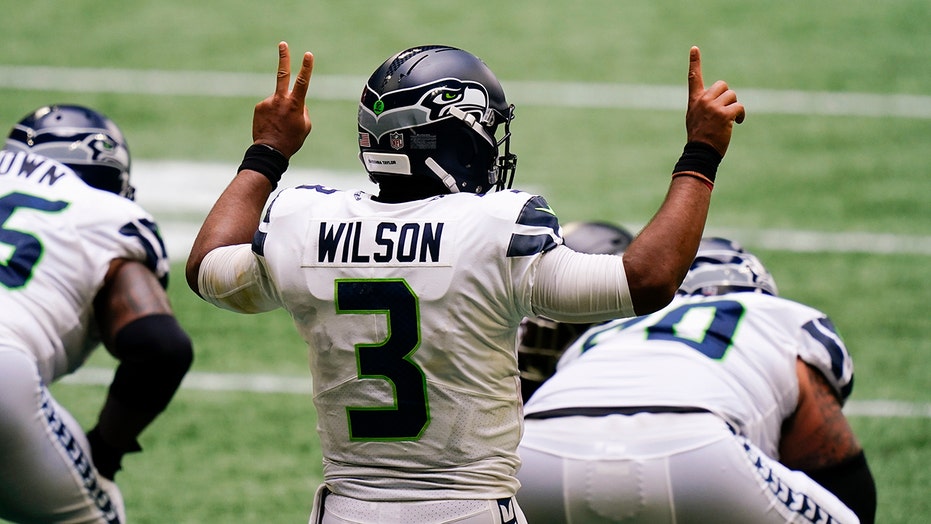 The NFL’s 32 teams are back in action for Week 2 with the Cincinnati Bengals and Cleveland Browns kicking things off Thursday night in a battle of the top Ohio teams.

Other key matchups include the Philadelphia Eagles hosting the Los Angeles Rams, the Dallas Cowboys playing the Atlanta Falcons, the Tampa Bay Buccaneers playing the Carolina Panthers, and the New England Patriots taking on the Seattle Seahawks.

All of the 1-0 teams will seek to stay undefeated while the 0-1 teams will try not to slip to 0-2 and start their season off on a shaky note.

Read below for a brief look at the Week 2 matchups.

Cincinnati Bengals quarterback Joe Burrow (9) reacts after running for a touchdown during the first half of an NFL football game against the Los Angeles Chargers, Sunday, Sept. 13, 2020, in Cincinnati. (AP Photo/Aaron Doster)

The Bengals and Browns will both be looking for their first wins Thursday night. Cleveland was blown out by the Ravens in Week 1 and Cincinnati lost in a heartbreaker to the Chargers spoiling rookie quarterback Joe Burrow’s debut. Neither team wants to start hemorrhaging early in the year.

The Bears are riding a wave of good fortune after their comeback victory over the Lions in Week 1. New York is still trying to figure things out with its young team. One thing is for certain, Saquon Barkley can’t have another bad running game as he did on Monday.

Picking up a second divisional victory could pay dividends at the end of the Bills. Buffalo is coming off of a 10-point win over the Jets in Week 1. Miami only mustered up 11 points against the Patriots. Is this the week where Tua Tagovailoa makes an appearance? We’ll see.

The Jets and 49ers are both looking to get their first win. San Francisco is a touchdown favorite to win the game. Both teams are dealing with a few injuries, which could lead to an unsung hero stepping up in the game. But which side will it be for?

The Broncos didn’t produce enough offense to beat the Titans on Monday night and facing the Steelers isn’t going to be any easier of a feat. Ben Roethlisberger is back at Heinz Field starting for the first time in over a year. It will certainly be a nice homecoming for the veteran QB.

Minnesota Vikings running back Dalvin Cook celebrates with teammate Irv Smith (84) after scoring on a 1-yard touchdown run during the first half of an NFL football game against the Green Bay Packers, Sunday, Sept. 13, 2020, in Minneapolis. (AP Photo/Bruce Kluckhohn)

The Colts and Vikings both started the season with losses. On Sunday, something will have to give. Kirk Cousins and Philip Rivers are both in a position to shake off their first week and put together some type of victory.

Jacksonville Jaguars quarterback Gardner Minshew (15) throws a pass against the Indianapolis Colts during the first half of an NFL football game, Sunday, Sept. 13, 2020, in Jacksonville, Fla. (AP Photo/Stephen B. Morton)

The Titans escaped Monday night with a win over the Broncos. But the offense will have to do a better job if they want to beat the Jaguars. Jacksonville showed in their first game that it cannot be slept on. Gardner Minshew II put up an excellent game. Will it continue in Week 2?

Dallas Cowboys running back Ezekiel Elliott (21) celebrates after scoring a touchdown against the Los Angeles Rams during the first half of an NFL football game Sunday, Sept. 13, 2020, in Inglewood, Calif. (AP Photo/Jae C. Hong )

The Cowboys could argue that they got a win stolen from them on Sunday night. Dallas will return home to host the Falcons, who were blown out against the Seahawks. It’s not the way either team wanted to start the season. But here we are, in a pivotal matchup already in Week 2.

Philadelphia Eagles quarterback Carson Wentz looks to pass the ball against the Washington Football Team during the first half of an NFL football game, Sunday, Sept. 13, 2020, in Landover, Md. (AP Photo/Susan Walsh)

The Eagles blew a 17-point lead to Washington last week and ended up with a loss. Fighting off injuries, Philly will look to get a victory over Los Angeles. The Rams came away with a huge victory against the Cowboys as they opened up SoFi Stadium.

Aaron Rodgers went off in the Packers’ opening game against the Vikings. Green Bay will look to continue to the domination against the Lions on Sunday. Detroit was close to beating Chicago last week but blew a lead and dropped a pass in the end zone.

Tom Brady will make his home debut Sunday against the Panthers. He will try to pick up a win after apparent struggles against the Saints. The Panthers were bounced by the Raiders at home. Christian McCaffrey and the team will hope to rectify that loss.

Arizona and Washington started off its seasons with victories. It comes a head on Sunday when they match up in Phoenix. Kyler Murray and DeAndre Hopkins were clicking on Sunday. Washington came back to beat the Eagles. Here’s to an interesting Week 2 matchup.

Baltimore Ravens tight end Mark Andrews (89) celebrates his second touchdown of the game, during the first half of an NFL football game against the Cleveland Browns, Sunday, Sept. 13, 2020, in Baltimore, MD. (AP Photo/Nick Wass)

The Ravens will look to drive their Lamborghini offense through the Texans on Sunday. Baltimore put up 38 points on Cleveland last week. Houston will need to find some way to conjure up a defensive plan for last year’s top AFC team.

Kansas City Chiefs running back Clyde Edwards-Helaire carries the ball against the Houston Texans in the first half of an NFL football game Thursday, Sept. 10, 2020, in Kansas City, Mo. (AP Photo/Charlie Riedel)

The Chiefs and Chargers will go head-to-head as Los Angeles opens up its new home, SoFi Stadium, a week after the Rams had their first game at the venue. The Chiefs will look to go 2-0 after beating the Texans in their first game.

Seattle Seahawks quarterback Russell Wilson (3) calls a play against the Atlanta Falcons during the second half of an NFL football game, Sunday, Sept. 13, 2020, in Atlanta. (AP Photo/Brynn Anderson)

The Patriots and Seahawks will match up for the second time since Super Bowl XLIX. While the Seahawks got the better of the Patriots in 2016, the Patriots did beat them in the Super Bowl. The New England team looks way different than it did four years ago. The lights will be fairly bright on Sunday.

The Raiders welcome the Saints to Allegiant Stadium for their first game in Las Vegas. The Raiders beat the Panthers last week on the road. The Saints are looking for win No. 2 after spoiling Tom Brady’s Buccaneers debut.