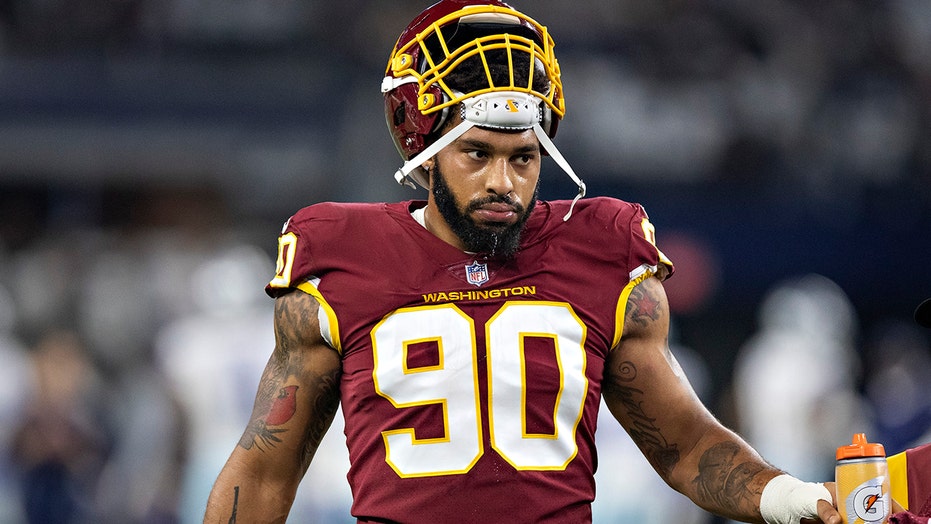 The brother of Washington Football Team star Montez Sweat was killed in a shooting in Virginia on Tuesday.

The Henrico Police Department said officers received calls about a shooting at around 4:09 p.m. ET with people running from the area as shots were being fired. Responding officers found one adult male deceased at the scene after suffering apparent gunshot wounds.

Philadelphia Eagles quarterback Jalen Hurts, right, fumbles the ball as he is hit by Washington Football Team's Montez Sweat during the first half of an NFL football game, Tuesday, Dec. 21, 2021, in Philadelphia. (AP Photo/Matt Slocum)

The man was later identified as Anthony Sweat, 27, of Stone Mountain, Georgia. The identity of a suspect in the shooting was not released.

Montez Sweat #90 of the Washington Football Team warms up before a game against the Dallas Cowboys on Dec. 26, 2021 in Arlington, Texas.  (Wesley Hitt/Getty Images)

"It is rough and our thoughts and prayers are with the families. We try to make sure that the players understand that we’re here for them," Rivera said. "We do have a team psychologist and she’s available, as well as not just myself but position coaches, coordinators and Malcolm Blacken, who is our director of player development. … We’re there for them."

Sweat has not publicly spoken out about his brother’s death.

Montez Sweat walks off the field to receive attention during the second half of the game against the Dallas Cowboys at FedExField on Oct. 25, 2020 in Landover, Maryland. (Scott Taetsch/Getty Images)

The 25-year-old pass rusher is in his third season with Washington. In 10 games, he’s recorded five sacks, 24 tackles and recovered three fumbles. He’s missed some time this season while in health and safety protocol and had a broken jaw.