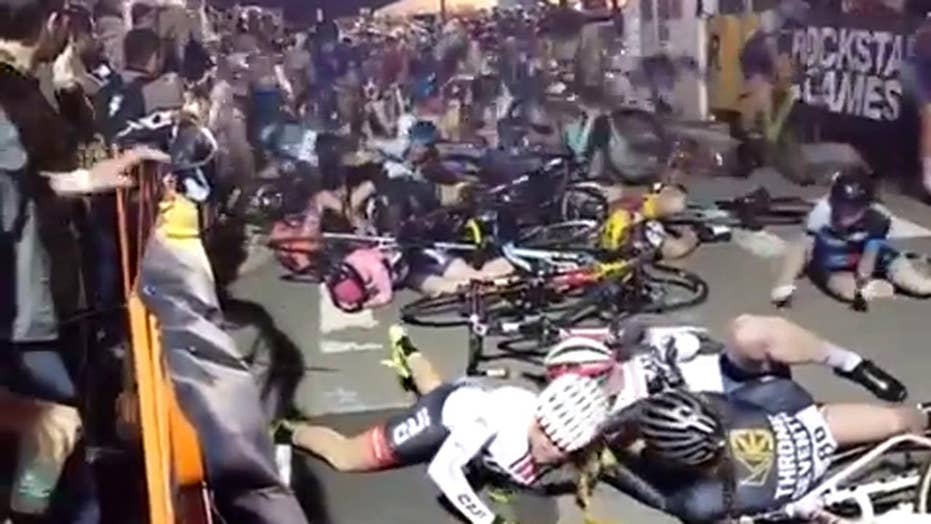 A race with bicycles that have no brakes came to a grinding halt in New York City as competitors got ensnared in a massive pile-up near the starting line.

The crash caught on video unfolded Saturday night during the annual Red Hook Criterium, a race in which fields of 100 men and women weave in and out of hairpin turns on a closed course lined with throngs of fans.

Footage of the wreckage showed riders flung over their handlebars and bikes flying through the air. At one point, spectators leaning against a barrier jumped backward as a bike slammed into the wall.

It was not immediately clear how many were injured in the crash but the race later resumed, with American Colleen Gulick taking first place.

The race is known for featuring fixed-gear bikes, which have no brakes.

David August Trimble, a race organizer, told The New York Times planners have placed a greater emphasis on safety through enhancements such as applying grip tape to areas of the course prone to slippage.

The men’s race grinded to a halt last year after competitors slammed into a pace scooter that had stalled out in the center of the track, causing a similar massive pile-up.