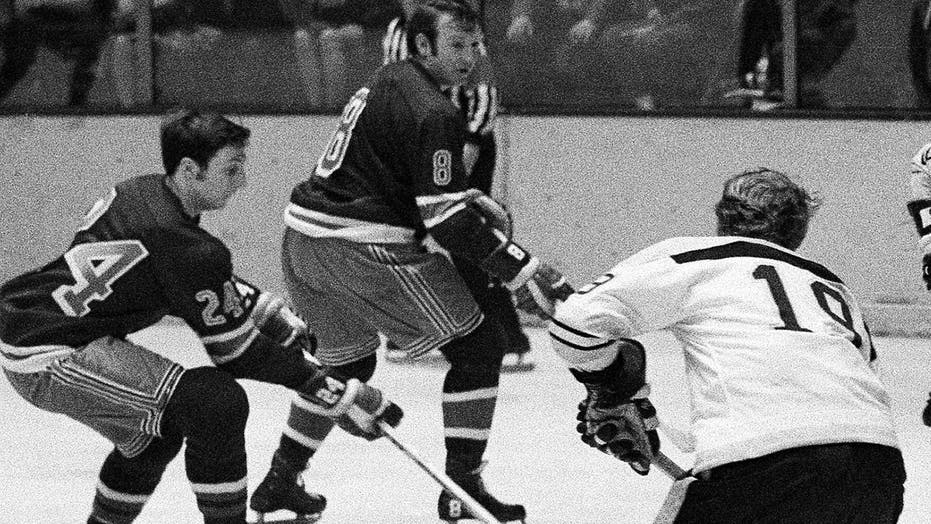 Bob Nevin, a fan favorite who won two Stanley Cups with the Toronto Maple Leafs before a successful run as captain of the New York Rangers, has died. He was 82.

The NHL said he died early Monday but did not give a cause.

“His honest, two-way play and leadership earned him the respect and admiration of teammates and fans alike,” the Rangers said on Twitter.

Nevin, one of the first NHL players to wear contact lenses, was part of one of hockey’s more surreal moments. During a 1962 game with Toronto in Chicago, he lost a lens. Time was called, and players and officials dropped to their knees to scour the ice looking for the wayward lens. It never turned up.

He played his first full NHL season in 1960-61, scoring 21 goals as a rookie and finishing runner-up to Maple Leafs teammate Dave Keon in the Calder Trophy voting.

Nevin helped the Maple Leafs win Stanley Cup titles in 1962 and 1963 before being dealt to the Rangers along with Arnie Brown, Bill Collins, Dick Duff and Rod Seiling in a blockbuster trade that sent star winger Andy Bathgate and forward Don McKenney to Toronto.

While Bathgate helped the Maple Leafs win another championship in 1964, Nevin became an important part of the Rangers, serving as captain of the team from 1965 to 1971.

He helped the underachieving club end a four-year playoff drought in 1967. He led the Rangers to their first series win in 21 years in 1971, when New York beat the Leafs 4-2 in the quarterfinals.

Nevin was dealt to the North Stars before the 1971-72 season and spent two seasons in Minnesota before joining Los Angeles. His career was rejuvenated in his three seasons with the Kings. He had his highest-scoring campaign in his next-to-last NHL season -- 31 goals and 41 assists with Los Angeles in 1974-75.

Nevin joined the World Hockey Association’s Edmonton Oilers for the 1976-77 season but broke a collarbone 13 games into the season and retired.

Nevin was from South Porcupine, Ontario, came to the Maple Leafs via junior hockey’s Toronto Marlboros. He lived in the Toronto area after his 19-year career.

“Bob was ever-present at Leafs games and within the alumni community,” the Maple Leafs said on Twitter.

Survivors include his wife, Linda.