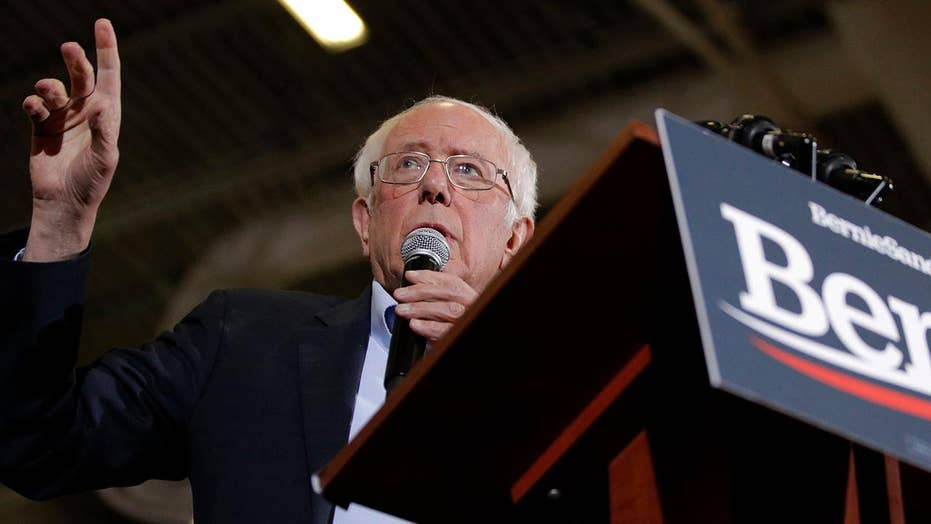 Sen. Bernie Sanders goes to bat on the campaign trail to save minor league baseball teams

The 2020 democratic presidential candidate spoke at a campaign event in Iowa after Major League Baseball threatens to cut ties with 42 minor league teams.

BURLINGTON, Iowa – Sen. Bernie Sanders, I-Vt., is becoming minor league baseball’s loudest voice in the room and unlikely champion as he tries to find a remedy to a restructuring plan Major League Baseball (MLB) has of cutting affiliations with 42 minor league teams.

MAJOR LEAGUE BASEBALL: MARIJUANA WILL NO LONGER BE CONSIDERED A BANNED SUBSTANCE

The 2020 Democratic presidential candidate says it’s all about corporate greed.

Early this fall, as negotiations were underway to reestablish a new 10-year Professional Baseball Agreement that guides the relationship between the minors and the majors, MLB proposed plans to cut 42 teams in a move to reduce costs, sparking an outcry.

MLB DRAFT RELOCATING TO OMAHA AHEAD OF COLLEGE WORLD SERIES

Sanders met with MLB commissioner Rob Manfred over his opposition to the plan. More than 100 members of Congress in both parties signed a letter expressing their concern over the damage it would cause communities. Now, a congressional task force has been created to find a solution and monitor negotiations.

The baseball agreement expires after the 2020 season and tensions have been building in recent days, with the MLB threatening to sever all affiliation with the minors over the fact that negotiations have become so public.

“If the National Association [of Minor League Clubs] has an interest in an agreement with Major League Baseball, it must address the very significant issues with the current system at the bargaining table," MLB said in a statement. "Otherwise, MLB clubs will be free to affiliate with any minor league team or potential team in the United States, including independent league teams and cities which are not permitted to compete for an affiliate under the current agreement.”

Former and current players told Fox News they are thankful for Sanders’ efforts and that the issue is getting the attention it deserves.

“You don’t make very much money, your paycheck is around $1,100 a month. In the course of a year, the most I made was $7,500, it’s not enough to support yourself or live off of," said Aaron Senne, a former Miami Marlins.

The issue is personal for Sanders. His long-held political views of fighting for the working class and against corporate greed manifested themselves after the Brooklyn Dodgers moved to Los Angeles in 1957. Sanders also was responsible for bringing a minor league team to his constituents in Burlington, Vt.: The Vermont Lake Monsters.

Sanders told Fox News there is a political remedy to save teams like the Burlington Bees in Iowa, Binghamton Rumble Ponies in New York, Erie Seawolves in Pennsylvania, and Chattanooga Lookouts in Tennessee.

Sanders said America's national pastime has to be considered more than the bottom line.

"It's not just another business," he said, "where you can pay people low wages and then shut down your enterprises in communities where they means so much to the kids and the families."

Andrew Craft is a video journalist and digital reporter for Fox News in New York. Follow him on Twitter: @AndrewCraft
ADVERTISEMENT