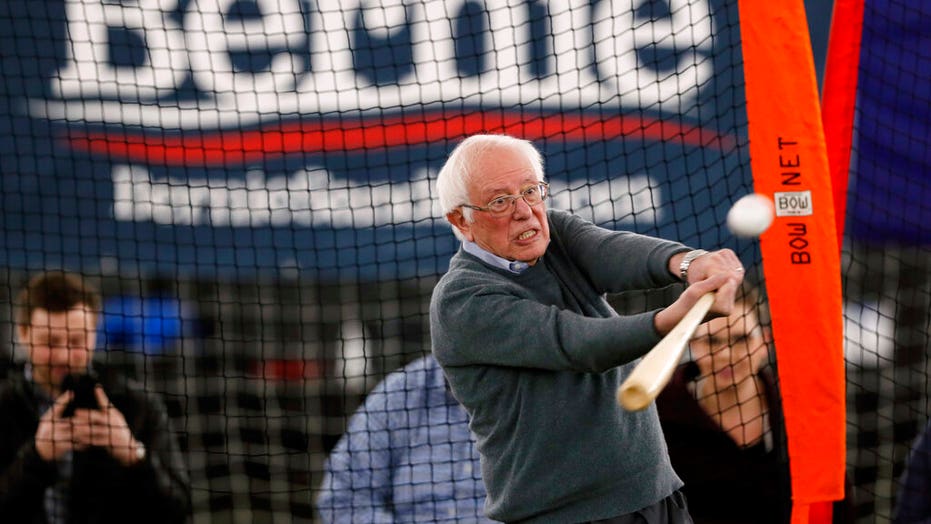 Sen. Bernie Sanders, I-Vt., took a swing at an issue close to home for the 2020 presidential hopeful Sunday, as he rallied against Major League Baseball's plan to cut 42 minor-league teams across the country in the new year.

The MLB has been negotiating a new agreement with the National Association of Professional Baseball Leagues, the governing body of the minors, that would primarily affect lower-level teams in short-season leagues, such as the Vermont Lake Monsters, the Single-A affiliate of the Oakland Athletics in Burlington, where Sanders previously served as mayor.

"It's not just another business where you can pay people low wages and then shut down your enterprises in communities where this means so much to the kids and the families," Sanders said at an event in Burlington, Iowa.

Sanders has been an outspoken opponent of the plan and met with Commissioner Rob Manfred earlier in December in an attempt to convince him to rescind the proposal.

Sanders followed up with a letter to Manfred on Saturday, arguing that baseball "has to be considered more than just the bottom line."

Sanders railed against MLB Sunday, saying he was "outraged" by the plan and calling the organization "an institution owned mostly by billionaires."

He continued, "There is a reason why baseball is considered the national pastime."

The push to halt the cuts had the bipartisan support of more than 100 lawmakers in Congress.

"I am delighted that in Congress we actually have done something in a bipartisan way. Doesn't happen very often nowadays. But, on this issue, you've got Democrats and you've got Republicans from all over this country saying to Major League Baseball, do not take away minor league baseball from 42 communities all over this country. Ain't going to happen," Sanders said, as he was joined by a group of representatives and players from three minor-league teams that could face potential cuts. "If it does happen, you're going to have to deal with a number of us in Congress who will respond accordingly."

The 78-year-old candidate, who recovered after a heart attack this past October, did some batting practice, even hitting a few balls lobbed at him by a member of his staff.

He shared stories of his childhood and love for baseball, and reminisced over his time as the "mayor of another Burlington called Burlington, Vermont," where he helped clear the way for a Double-A team affiliated with the Cincinnati Reds squad, the Vermont Reds in the Eastern League.

"The ballplayers from the team made it into the majors. They ended up winning three Eastern League titles. What was most important to me as the mayor of the city at that time is seeing what Minor League Baseball did for our community. It was a beautiful, beautiful thing," Sanders said.

MLB said in a statement that it "understands that we have an obligation to local communities to ensure that public money spent on minor league stadiums is done so prudently and for the benefit of all citizens," but also added that the organization "must ensure that minor league players have safe playing facilities suitable for the development of professional baseball players, are not subjected to unreasonable travel demands, are provided with compensation and working conditions appropriate for elite athletes, and have a realistic opportunity of making it to the major leagues."

The comments came after some minor-league players filed a federal class-action suit charging that many earned less than $7,500 per year, violating minimum-wage laws.

"Major League Baseball has gotta understand that baseball is more than just a bottom line for a group of billionaires. It is these communities where the kids come out, where young ballplayers," Sanders said.

Fox News' Andrew Craft in Burlington, Iowa, and The Associated Press contributed to this report.