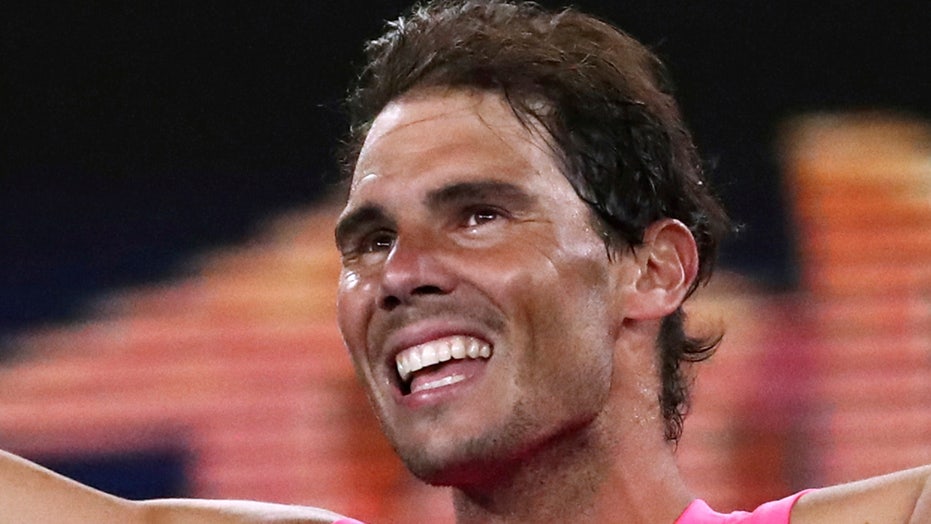 Tennis star Rafael Nadal was in the middle of a point against Federico Delbonis on Thursday during the second round of the Australian Open when one of his shots went awry.

Nadal, on the far side of the court, attempted to return Delbonis’ serve but instead, his shot angled toward the left sideline and hit the ball girl who was standing by the umpire’s chair.

KYRGIOS BARKS, MOCKS HIS WAY TO AUSTRALIAN OPEN'S 3RD ROUND

Spain's Rafael Nadal hands a ball girl his bandana after a ball hit her during his second-round match against Federico Delbonis of Argentina at the Australian Open tennis championship in Melbourne, Thursday, Jan. 23, 2020. (AP Photo/Dita Alangkara)

The Spanish tennis pro and Delbonis went over to the girl to make sure she was OK. Nadal gave the girl a kiss on the cheek, hoping to make everything a bit better.

“For her, it was probably not a good moment,” Nadal told reporters after the match, according to TMZ Sports. “She is a super-brave girl. It was one of my most scary moments that I had on the tennis court, as the ball went straight onto her head.”

Nadal gave his headband to the girl after the match.

Nadal has not won an Australian Open since 2009.