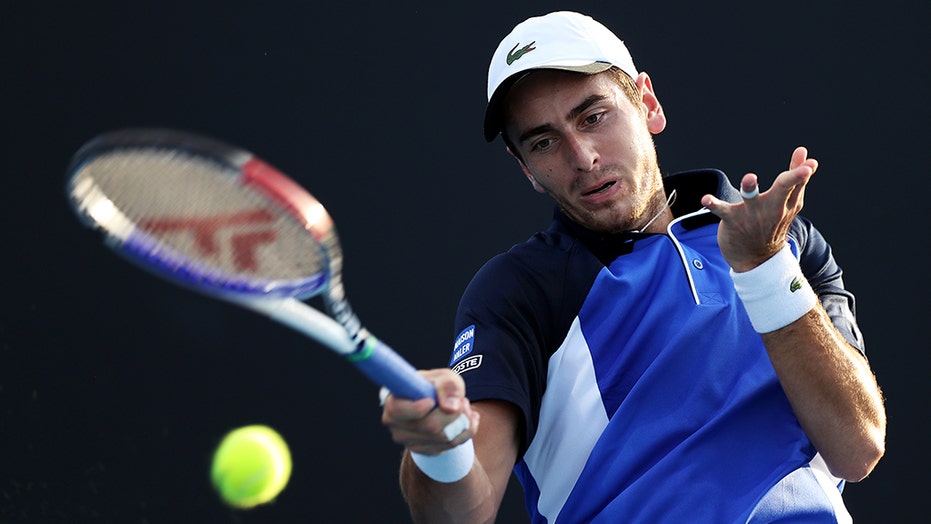 A French tennis player was blasted on social media this week after he was reprimanded by an umpire during a qualifying match at the Australian Open for asking a ball girl to peel a banana for him.

Elliot Benchetrit, 21, was seen asking the young girl to peel the fruit for him on Saturday during his match against Dmitry Popko when she looked over to the umpire in confusion before being instructed to hand the banana back over.

Benchetrit and the official continued to have a fiery back-and-forth as Benchetrit struggled to peel the fruit on his own.

A Twitter profile appearing to belong to the young Frenchman argued with a critic that the clip circulating was only 10 seconds long and didn’t show the whole incident and that he had “very gently” asked something of the ball girl.

But a longer version of the incident was released showing how the exchange between the two continued on.

‘MY MISSION WAS TO WIN:’ COCO TOPS VENUS AT AUSTRALIAN OPEN

Benchetrit defended himself, arguing that the girl had done the task for him earlier in the match and that he had only asked again after he had applied a cream on his hands to help prevent sweating, Yahoo Sports reported.

"At 6-5 in the final set, during the changeover, I asked the ball girl to peel the banana for me as I had put some cream on my hands in order not to sweat," Benchetrit said. "She had done it once before at the beginning of the match. But the second time the chair umpire stepped in and told me that the ball girl was not my slave and I had to peel the banana myself."

But, according to Australia’s Channel 9 “Today Show,” the umpire told him “it wasn’t her job” and that he should “do it himself.”

"I could not believe that the umpire said that and I find incredible how this situation got out of control on social media without people knowing what really happened on court," Benchetrit added.

He went on to win Saturday’s match before ultimately losing in the first round against Yuichi Sugita on Tuesday.