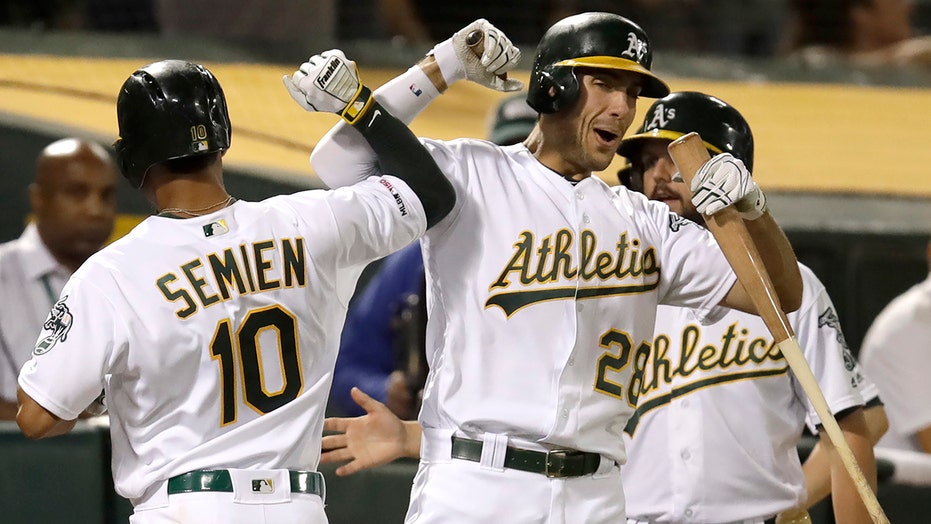 Dodging and evading would-be tacklers is not limited to just football players it appears.

An Oakland Athletics fan was able to expertly evade security Saturday night at the warning track of Oakland-Alameda County Stadium and jump the right-field wall to escape a tackle.

It’s unclear whether the fan was tracked down after he jumped the right-field wall. The fan was not immediately identified.

The field invader stopped play during the Athletics’ 12-3 win against the Texas Rangers.

The Athletics received a ton of help offensively from Marcus Semien and Mark Canha.

Oakland is in the middle of a wildcard race to clinch a playoff spot. As of Monday, Oakland held as a two-game lead for the first wildcard spot.