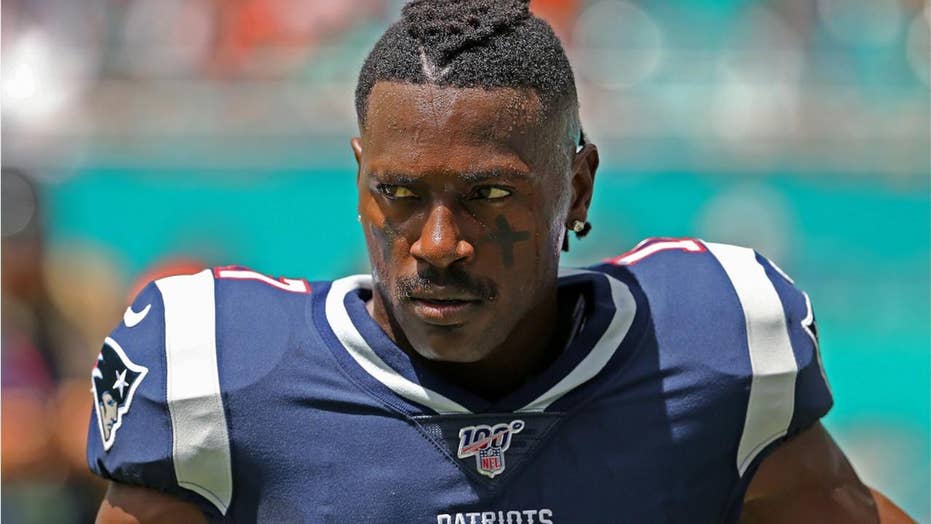 Antonio Brown, currently a free agent, will possibly be suiting up for the New Orleans Saints in the NFL playoffs. The team reportedly brought in the embattled wide receiver for a workout.

Antonio Brown worked out for the New Orleans Saints last week in hopes to latch onto the team for a playoff run but in a workout video Monday lamented that the tryout was nothing more than a "publicity stunt."

Brown appeared ready to play for the Saints and reportedly “blew away” team officials. However, the Saints did not sign Brown because of his unclear status with the league as it investigates sexual assault and rape allegations made against him. Brown hasn’t played since September with the New England Patriots.

ANTONIO BROWN SHADES STEELERS' JUJU SMITH-SCHUSTER AFTER HIS OFF YEAR

According to the NFL Network on Monday, the Saints signed wide receiver Tim White to the practice squad.

The wide receiver addressed the workout in a video, according to ESPN.

“I really am at peace. I just don't like the lack of respect in the world. Everyone has deadlines. But I guess the NFL don't have a deadline for me. So I appreciate [Saints coach] Sean Payton and them guys for supporting me to bring me out to work out. But I think it was a publicity stunt for them. Sean Payton knows the film that's being left behind.

“But it is what it is. ... I'm not gonna make excuses. I'm just gonna keep competing to be the difference, 'cuz I know I'm the difference.”

Saints coach Sean Payton said the team was doing their “homework” by bringing Brown in for a workout.

“Obviously there's a little bit more attention drawn to [Brown] because of his career. But right now, it was more or less us having a chance to get to know these guys and seeing what kind of shape they're all in.

“There would be a number of players that we've signed or drafted over the years past -- some that have worked out, some that haven't. The process is something that we take seriously and it's important relative to the makeup of the team.”

In between slamming Pittsburgh Steelers wide receiver JuJu Smith-Schuster and vowing to buy Oakland Raiders quarterback Derek Carr a house, he appeared to tweet that he had been passed on.