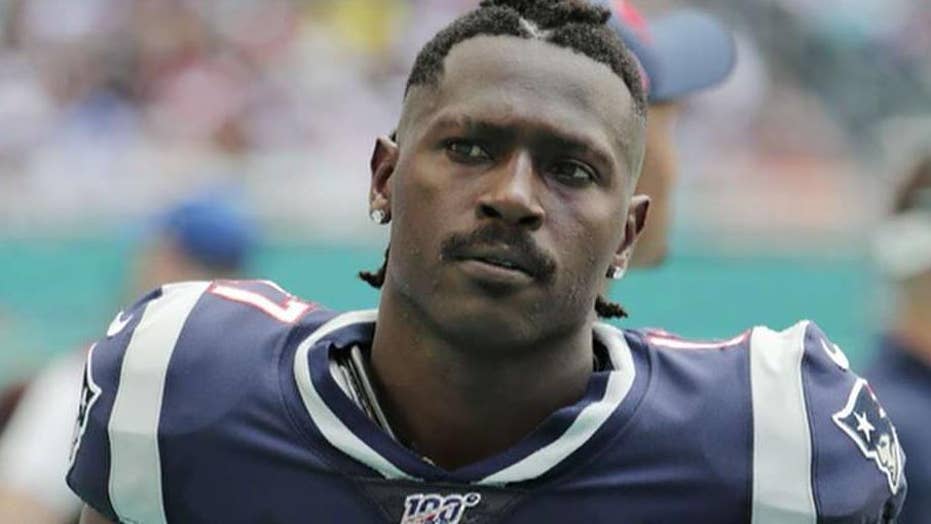 Following sexual assault allegations, Antonio Brown has been released from the Patriots.

Antonio Brown says he will not be playing in the NFL, making the announcement via Twitter just two days after the New England Patriots released the maligned wide receiver.

"Will not be playing in the @NFL anymore these owners can cancel deals do whatever they want at anytime we will see if the @NFLPA hold them accountable sad they can just void guarantees anytime going on 40m 2 months will see if they pay up !," the former wide receiver said on Sunday morning.

He posted screenshotted news headlines on Twitter from articles that highlighted previous accusations of sexual assault toward Roethlisberger, as well as former NFL tight end Shannon Sharpe. He also posted on Twitter that Patriots owner Robert Kraft, who pleaded not guilty earlier this year to soliciting prostitution, "got caught in the parlor AB speculations fired different strokes different folks clearly."

Brown recently deleted all of the tweets regarding Roethlisberger, Sharpe, and Kraft.

His tweet regarding Roethlisberger said, "Steelers QB investigated in Sexual Assault" while writing above the photo, "4 games for Big Ben crazy world I'm done with it." The NFL suspended Roethlisberger for four games in 2010 after he was accused of sexual assault earlier that year. The district attorney said Roethlisberger would not face criminal charges.

Brown also posted a screenshot of an article mentioning previous sexual assault allegations involving Sharpe while writing a caption above the photo, "Shannon Sharp the funny guy on tv still after this."

Sharpe responded on Twitter by saying "CLOWNTONIO 6ix9ine out here dry snitching on everyone."

If that wasn't enough, Brown went after the Patriots owner's involvement in a Florida massage parlor by saying "Kraft got caught in the parlor AB speculations fired different strokes different folks clearly."

Two women have come forward with allegations of sexual misconduct against him. His former trainer Britney Taylor filed a civil suit in South Florida federal court over allegations of sexual assault. A second woman, a painter, told Sports Illustrated that Brown exposed himself to her while she was working on a mural at his home in Pittsburgh two years ago. Her legal team informed the NFL of "intimidating" text messages sent to the woman from Brown which seemed to expedite his release from the Patriots, according to SI.com.

After his release, Brown's agent, Drew Rosenhaus, tweeted that his client "is healthy and is looking forward to his next opportunity in the NFL. He wants to play the game he loves and he hopes to play for another team soon."

Now it's not clear if Brown will ever want to play again.

In his Twitter tirade on Sunday, Brown was reportedly upset about losing the $29.125 million in guaranteed money from the Oakland Raiders and $9 million signing bonus from the Patriots, which have been rescinded by both teams. 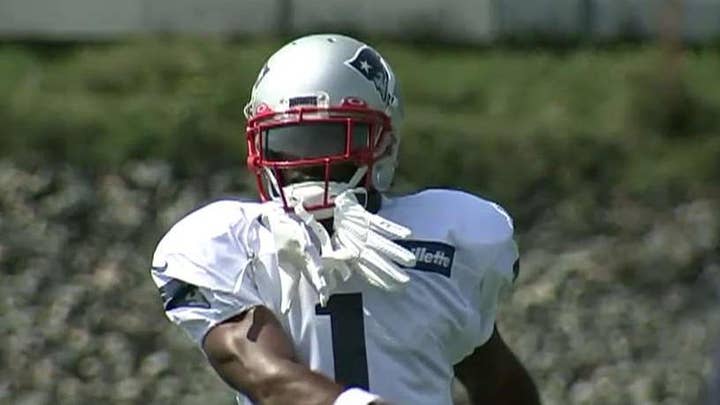 He lost the Raiders guaranteed money after the team fined him for conduct detrimental to the team before his release on Sept. 7. ESPN reports the Patriots released Brown before his signing bonus was set to kick in based on a representation warranty clause that requires a player to disclose situations that could prevent continued availability.

Brown is expected to file a grievance against the Patriots, and the NFL players association will represent him, according to ESPN's Chris Mortensen.

Brown went from being arguably the best receiver in the NFL to not wanting to play the sport anymore in just a few months.