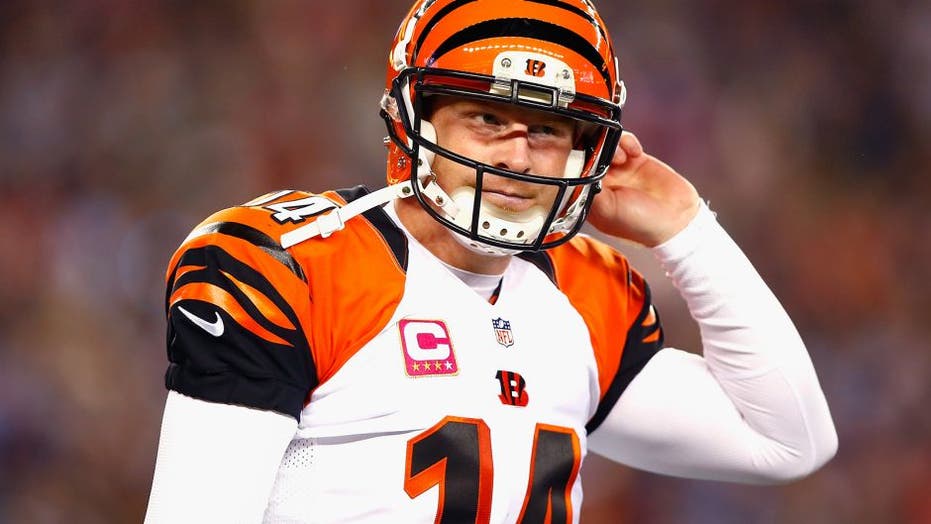 Andy Dalton is set to become a free agent after spending the last nine seasons with the Cincinnati Bengals.

Dalton’s fate was ultimately sealed when the Bengals selected Joe Burrow with the No. 1 pick in the 2020 NFL Draft. Burrow is coming off the greatest season in college football history.

Cincinnati selected Dalton in the second round of the 2011 draft out of TCU. In those seasons, he’s only made the playoffs four times and has lost in all of those four playoff games. Cincinnati has missed out on the playoffs in the last four seasons.

It’s unclear whether there would be another starting role for Dalton out on the free-agent market. If Cam Newton and Colin Kaepernick can’t get starting jobs, how is Dalton supposed to get one?

Here are at least three teams who could be interested in the veteran quarterback.

Could the Patriots find their 2020 starting quarterback? (Photo by Michael Reaves/Getty Images)

The Patriots would give Dalton a good chance to win some meaningful football games. He would only have to beat out a career backup in Brian Hoyer and second-year quarterback Jarrett Stidham. Dalton has the veteran experience on his side to beat out both players. If the Patriots are insistent on passing on Cam Newton, it would make sense for New England to go after Dalton.

WHO IS JARRETT STIDHAM? 5 THINGS TO KNOW ABOUT THE PATRIOTS QUARTERBACK

Will Andy Dalton want to be a backup? (AP Photo/Gary Landers)

The Steelers could be seen as a wildcard team in the mix for Dalton. The former TCU star doesn’t want to be a mentor to a rookie and possibly serving as the veteran backup to Ben Roethlisberger might be the play.

Roethlisberger missed most of the season due to an elbow injury and was forced to go with a mix of Mason Rudolph and Devlin Hodges for the remainder of 2019. Having someone steady and reliable like Dalton may have put Pittsburgh into the playoffs. Better yet for Dalton, he would only have to move a few miles east to get acclimated.

Jacksonville’s quarterback situation is also uncertain. The team has thrust its trust into Gardner Minshew II and traded Nick Foles to the Chicago Bears. Minshew will be entering his second season with the team. Joshua Dobbs is listed as his backup and the team selected Jake Luton in the draft.