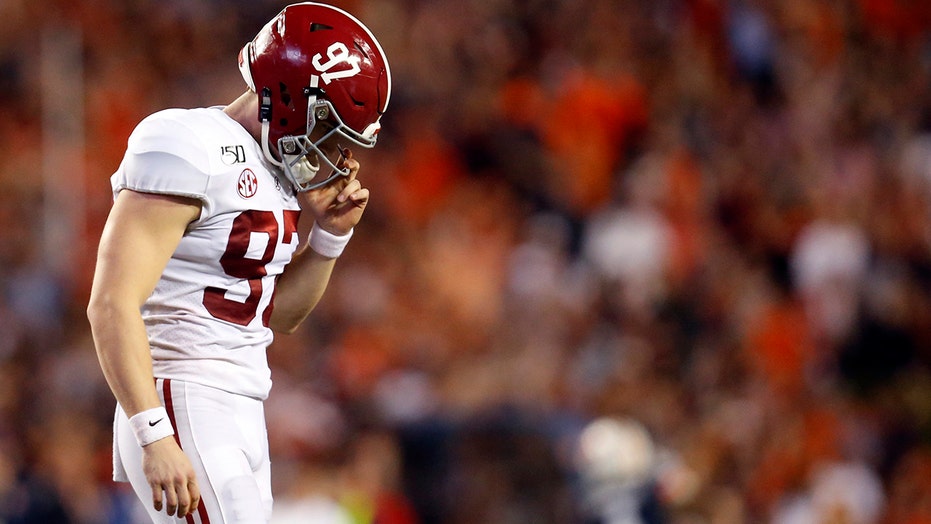 Alabama lost a heart-breaker to rival Auburn in their Iron Bowl matchup on Saturday and Crimson Tide kicker Joseph Bulovas received some flak for missing a field goal that would have tied the game.

Bulovas’ field goal attempt hit the left upright in the middle of a 48-45 game. Alabama would eventually lose the game and potentially any chances of making the College Football Playoff. A disappointed Bulovas penned a letter to Crimson Tide fans apologizing for the missed kick.

“After reflecting on the game, I just wanted to express my apologies to the entire Crimson Tide nation,” he wrote. “Nobody was more disappointed than myself. Regardless of the circumstances, that is a kick I should make in my sleep and nobody is as big of a critic as I am of myself. To the fans, my coaches, and my teammates; I promise you will never see a guy work as hard as I will for the entirety of my career because I owe that to all of you.

“I refuse to let this be anything more than a bump in the road and I’m confident I will come back better because of it. I wear my emotions on my sleeve and this one was hard to take to say the least, but I have confidence in this team and in myself and that’s what’s motivating going forward. I have and will always give it everything I’ve got for this team which is something that will never change. God Bless and Roll Tide.”

Bulovas had hit a 43-yarder earlier in the game. He was 8-for-11 during the season on field-goal attempts.

Alabama’s loss can’t be pinned on just one play. The defense gave up 48 points while the offense turned the ball over twice on two Mac Jones interceptions -- both of which resulted in touchdowns.

It’s unclear where Alabama will be ranked after their latest loss. The team has two losses on the season – the other coming at the hands of LSU.