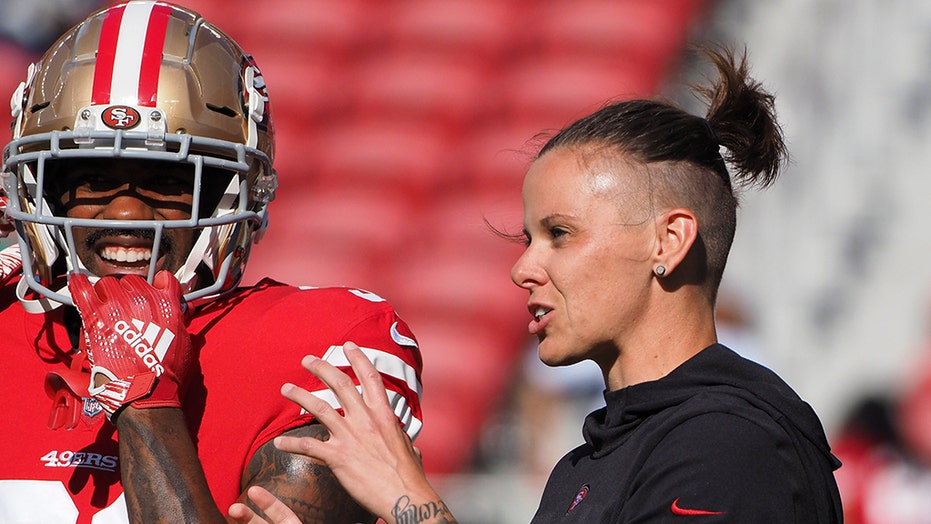 San Francisco 49ers offensive assistant coach Katie Sowers said in an interview Tuesday that an NFL executive told her a team she was interested in wasn’t ready to hire a female coach just yet.

Sowers made the revelation about the unnamed team in an interview with FOX Sports 1’s Kristine Leahy in an episode of “Fair Game.” She said the incident occurred before she joined San Francisco in 2017.

She added: “[The executive] went on to say that one of the coaches came up to him and said, 'Where are we going to put her desk?’ He said, 'Where we put everyone else's desk?’ But that was another indicator to him that this organization is far from being ready.”

Sowers, 33, said she was initially upset by the reaction but was ultimately happy it happened.

“Oftentimes we get caught up in what's politically correct and hearing all these words that make us feel better,” she said. “… When often it could be lies. I'd rather hear the truth and ignorance. That's where we create change.”

Sowers played professional football in the Women’s Football Alliance and was a member of the U.S. women’s national football team. The national team won the IFAF Women’s World Championship in 2013.

She started her career as a wide receivers intern with the Atlanta Falcons in 2016 and was an intern scout until 2017, when she joined the 49ers.