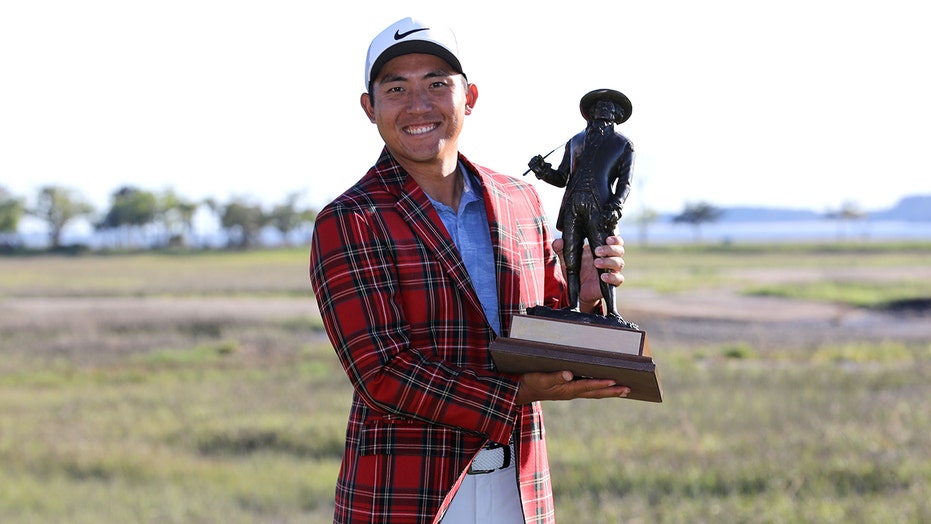 The 2020 RBC Heritage is going to be the second event on the PGA Tour calendar once the season officially starts up again Thursday.

The RBC Heritage will follow the Charles Schwab Challenge. The season was suspended in March due to the coronavirus pandemic.

The RBC Heritage was set to take place in April before it was moved to June.

The RBC Heritage was initially canceled a month before the PGA announced it was rescheduling the event.

Here are some things to know about the RBC Heritage.

C.T. Pan of Taiwan poses with the trophy after winning the 2019 RBC Heritage at Harbour Town Golf Links on April 21, 2019 in Hilton Head Island, S.C. (Photo by Streeter Lecka/Getty Images)

C.T. Pan won the RBC Heritage in 2019. He defeated Matt Kuchar by one stroke and finished with a score of 12 under par.

Satoshi Kodaira of Japan poses with the trophy after winning on the third playoff hole during the final round of the 2018 RBC Heritage at Harbour Town Golf Links on April 15, 2018 in Hilton Head Island, S.C. (Photo by Jared C. Tilton/Getty Images)

Satoshi Kodaira became the first Japanese golfer to win the event. He held off Kim Si-woo in a playoff in 2018. He finished 12 under par for the event.

Wesley Bryan celebrates with the trophy after winning the 2017 RBC Heritage at Harbour Town Golf Links during the final round on April 16, 2017 in Hilton Head Island, S.C. (Photo by Streeter Lecka/Getty Images)

Wesley Bryan was the last American to win the RBC Heritage. In 2017, he defeated Luke Donald by one stroke. He finished 13 under.

Branden Grace won the tournament in 2016, finishing two strokes ahead of Luke Donald and Russell Knox. He scored a 9 under par.

Jim Furyk came away with his second RBC Heritage victory in 2015. He narrowly defeated Kevin Kisner in a playoff. He scored an 18-under par — the best score at the event since Brian Gay scored a record 20-under par in 2009.