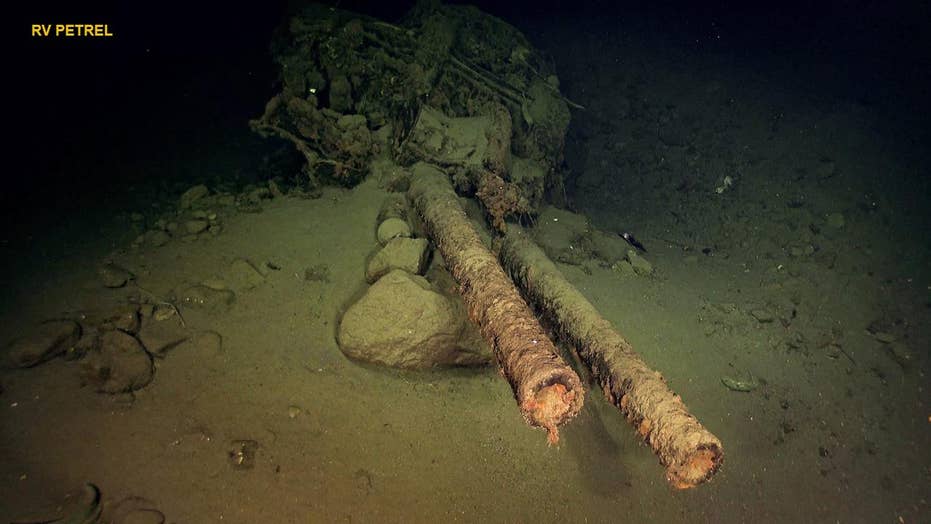 An Imperial Japenese Navy ship, the battleship Hiei, which sank on November 14, 1942, has been discovered. The Hiei was one of the first Japanese ships sunk by the U.S. during World War II. A research organization set up by late Microsoft co-founder Paul Allen is responsible for the find. The ship has been discovered upside down on the seabed northwest of Savo Island.

One of the first Japanese battleship to be sunk by U.S. forces during World War II has been discovered in the Solomon Islands by a research organization set up by the late billionaire Paul Allen.

Imperial Japanese Navy ship Hiei, which sank on Nov. 14, 1942, was spotted on the seabed by experts from the research vessel RV Petrel.

“HIEI was crippled by a shell from the USS San Francisco on the 13th which disabled the steering gear,” explained RV Petrel, in a Facebook post. “For the next 24 hours it was attacked by multiple sorties of torpedo, dive and B-17 bombers. Hiei sank sometime in the evening with a loss of 188 of her crew.”

The battleship was found lying upside down on the seabed northwest of Savo Island, according to the RV Petrel team. Eerie images posted to Facebook show Hiei’s 5-inch guns and intact glass portholes in the ship's barnacle-encrusted hull. RV Petrel also posted sonar images of the battleship and her debris field on the seafloor.

The research organization established by Allen has discovered a host of historic military shipwrecks, such as the wrecks of the USS Helena, USS Lexington and the USS Juneau.

A propeller at the Hiei wreck. (RV Petrel)

Researchers across the globe are working to locate sites of World War II wrecks. The wreckage of U.S. B-24 bomber, for example, was discovered in Papua New Guinea, in a separate project. The plane’s wreck was found in 2018, 74 years after it was shot down during a fierce battle with Japanese forces.

Last summer a team of scientists from the Scripps Institution of Oceanography at the University of California San Diego and the University of Delaware located the missing stern of the destroyer USS Abner Read, which was torn off by a Japanese mine in the remote Aleutian Islands.

Seventy-one lives were lost following the incident on Aug. 18, 1943, although the crew’s heroics kept the Abner Read afloat. Sailors worked quickly to shore up the damage and kept the main part of the Aber Read’s hull watertight. Two nearby U.S. Navy ships towed the destroyer back to port.

The Hiei was one of the first Japanese battleships sunk by U.S. forces in World War II. (RV Petrel)

A sonar image of the Hiei on the seabed. (RV Petrel)