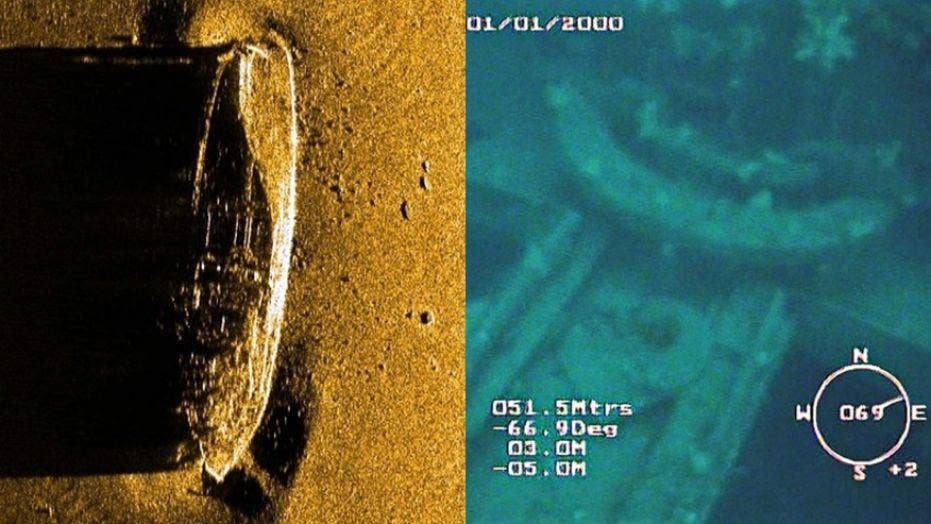 The Royal Navy Tug the Empire Wold sank mysteriously went missing 74 years ago. It has been finally found and its wreckage has clued researchers into what may have caused her sinking.

A decades-long mystery about the fate of a ship that disappeared during a World War II rescue mission has finally been solved.

The wreck of the Empire Wold, a Royal Navy tug, has been discovered by coastguards off the coast of Iceland. The ship sank on Nov. 10, 1944 with the loss of her 16 crewmembers.

Part of a convoy that was making its way from Scotland to Iceland, the Empire Wold was heading towards the final position of the tanker Shirvan, which had been sunk by U-300, a German U-Boat. An Icelandic vessel, the Godafoss, picked up Shirvan’s survivors, but was then torpedoed and sank in just four minutes.

The Empire Wold never reached Shirvan’s location, prompting speculation that it had also fallen victim to the U-boat. The tug’s fate, however, has long been shrouded in mystery. U-300 was sunk off Gibraltar by British ships in February 1945 – its surviving crewmembers were adamant that they did not sink the Empire Wold, according to the Royal Navy.

With the ship’s discovery on the seabed by Icelandic Coastguards, experts have been able to piece together the doomed ship’s final moments. Sonar was used to locate the Empire Wold some distance from its last reported position, and a submersible was sent down to the seabed to examine the wreck and confirm its identity.

“The coastguard team found no signs of any explosion and, having consulted contemporary weather reports from 1944, determined that the tug probably foundered in heavy seas and 40-knot winds,” explained the Royal Navy in a statement.

“As the last resting place of Royal Navy sailors, the wreck is now protected by law and its precise location is not being revealed by the Icelandic authorities,” explained the Royal Navy, in its statement.

Researchers across the globe are working to locate sites of World War II wrecks. The wreckage of U.S. B-24 bomber, for example, has been discovered in Papua New Guinea, 74 years after it was shot down during a fierce battle with Japanese forces.

Earlier this year, a team led by Microsoft co-founder Paul Allen found the wreck of the USS Helena in the Pacific, almost 75 years after it was sunk by Japanese torpedoes.

Expeditions led by Allen have discovered a host of historic military shipwrecks, such as the USS Lexington, which was located in March, 76 years after it was lost in the Battle of the Coral Sea. Shortly after finding the Lexington, Allen’s team found the wreck of the USS Juneau, which was sunk by a Japanese torpedo with the loss of 687 sailors in 1942.

Last year, Allen’s crew found the long-lost wreck of the USS Indianapolis in the Philippine Sea.

Also in 2017, engineers working on a sub-sea power link in the North Sea found what is believed to be the wreckage of a World War II Royal Air Force bomber off the coast of Norway.

In 2015, experts from NOAA and the University of Hawaii released remarkable images of a U.S. Navy seaplane sunk during the opening minutes of the attack on Pearl Harbor on Dec. 7, 1941.

A massive British World War II shipwreck was recently raised from the bottom of a harbor in Sri Lanka 75 years after the vessel was sunk following an attack by Japanese forces.