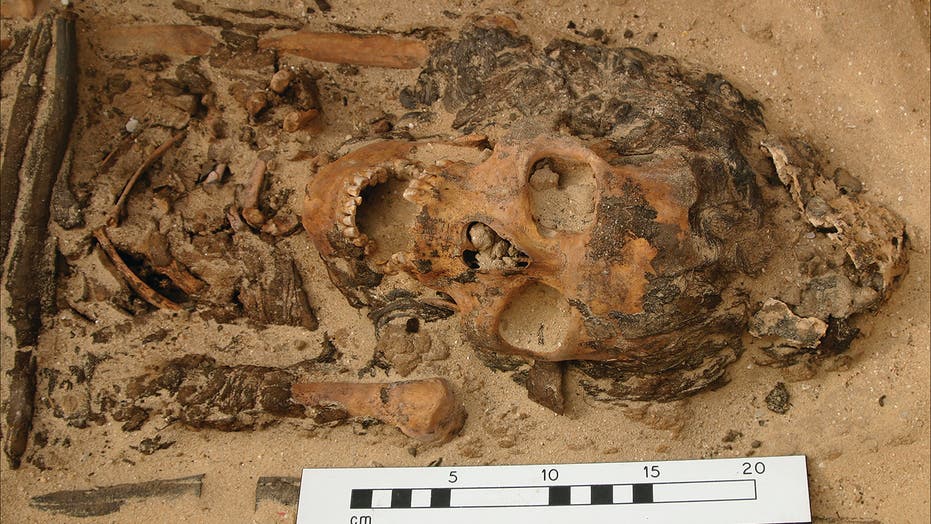 Researchers have revealed details of mysterious cone-shaped headgear discovered at the ancient Egyptian city of Amarna.

“Ancient Egyptian art frequently depicted people wearing cone-shaped headgear, but none had ever been found,” the researchers explained in a statement emailed to Fox News.

Archaeologists from the Amarna project have been working with Egypt’s Ministry of Antiquities to analyze the mysterious head cones. A head cone was discovered at a grave in Amarna in 2010 and another head cone was uncovered at the site five years later.

“This confirms the objects actually existed, which some researchers were skeptical of,” the researchers added in the statement. “Instead, they thought they were just artistic additions, like Christian halos.”

“It is unknown why these cones were included in the burials,” the experts continued. “They may have been thought to purify the wearer so they could engage with the rituals and deities of the afterlife. Alternatively, they could be connected with ideas of fertility and resurrection.”

An grave at Amarna with the remains of a head cone. (Image courtesy of the Amarna Project/Stevens et al/Antiquity Publications Ltd)

In a separate project, an ancient fortress built by Pharaoh Ramses II is revealing its secrets.

In another project, experts uncovered the 2,500-year-old remains of a powerful high priest in dramatic fashion.

The opening of the priest’s stone sarcophagus was broadcast by the Discovery Channel during “Expedition Unknown: Egypt Live,” a two-hour live event. Archaeologists discovered what they describe as an “exquisitely preserved” mummy inside the sealed sarcophagus, covered in gold banding.

The incredible find was made at Al-Ghorifa, a remote site about 165 miles south of Cairo. Located within the inner chambers of the burial site, experts accessed the sarcophagus via a network of ancient tunnels.

Elsewhere, archaeologists found a large ram-headed sphinx that is linked to King Tutankhamun’s grandfather. In other projects, a teenage girl’s skeleton was discovered in a mysterious grave near the Meidum pyramid, south of Cairo.