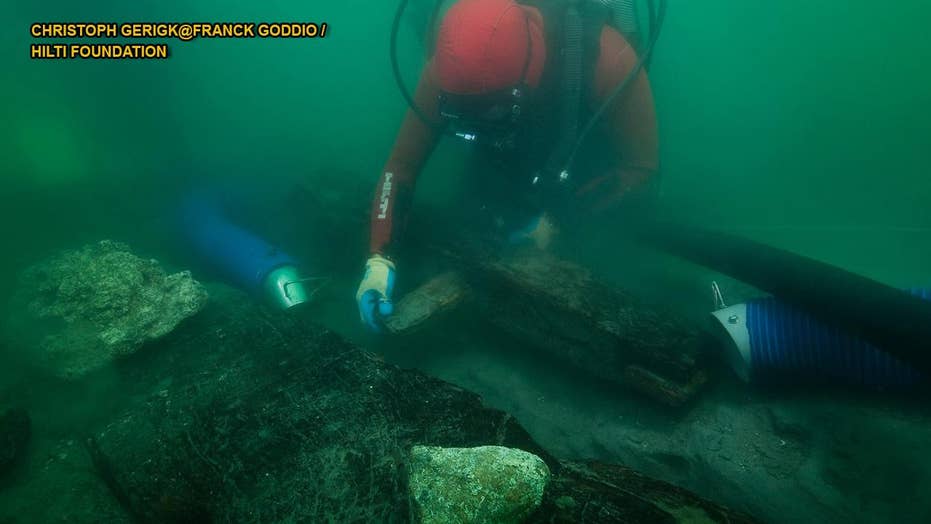 An extremely rare vessel that traveled the Nile close to 2,500 years ago has been discovered in the sunken ancient port-city of Thonis Heracleion. The ship, known as a 'baris,' was first described by the Greek historian Herodotus, but until now there was no actual archaeological evidence of the boats. The baris would have been used to transport goods and may have also carried troops along the Nile.

Archaeologists in Egypt have discovered the wreck of an extremely rare vessel that traveled the Nile around 2,500 years ago, solving an ancient puzzle.

The barge is one of more than 70 wrecks found in what is described by experts from the European Institute for Underwater Archaeology (IEASM) as the world’s largest “graveyard of ancient ships.” The ships were discovered in the sunken ancient port-city of Thonis-Heracleion in the Nile Delta.

Known as a “baris,” the barge is the subject of a new book by Oxford University’s Centre for Maritime Archaeology (OCMA). “This was a particular vessel-type that was described by the Greek Historian Herodotus after he visited Egypt in 450 BC,” explains the Centre, in a statement.

However, prior to the discovery of the baris, which was dubbed "ship 17" by archaeologists, there was no actual archaeological evidence of the boats. As a result, historians have spent centuries arguing over Herodotus’ account of the vessels, according to the Guardian.

The book “Ship 17 – a baris from Thonis-Heracleion,” by Alexander Belov, solves the mystery and analyzes the construction and structure of the boat, which is between 87 and 92 feet long. The boat dates to what historians refer to as the “Late Period” in ancient Egypt, which ran from around 712 to 332 B.C.

The baris would have been used to transport goods such as fish and stones along the Nile, according to LiveScience, which notes that it may have also carried troops.

Belov’s research says that when no longer used as a trading boat, the barge likely became part of the port’s “maritime infrastructure.”

The OCMA is a partnership between the University of Oxford’s School of Archaeology and IEASM. Funded by the Hilti Foundation, the Centre is directed by maritime archaeologist Franck Goddio.

In other projects, a teenage girl’s skeleton was discovered in a mysterious grave near the Meidum pyramid, south of Cairo.

Last month, experts announced the discovery of dozens of mummies in ancient desert burial chambers. Archaeologists also recently explained the strange brown spots on some of the paintings in King Tutankhamun’s tomb.

In November 2018, researchers confirmed the discovery of eight limestone sarcophagi containing mummies at a site 25 miles south of Cairo. Last year, researchers also uncovered a "massive" building that was once part of Egypt’s ancient capital city.