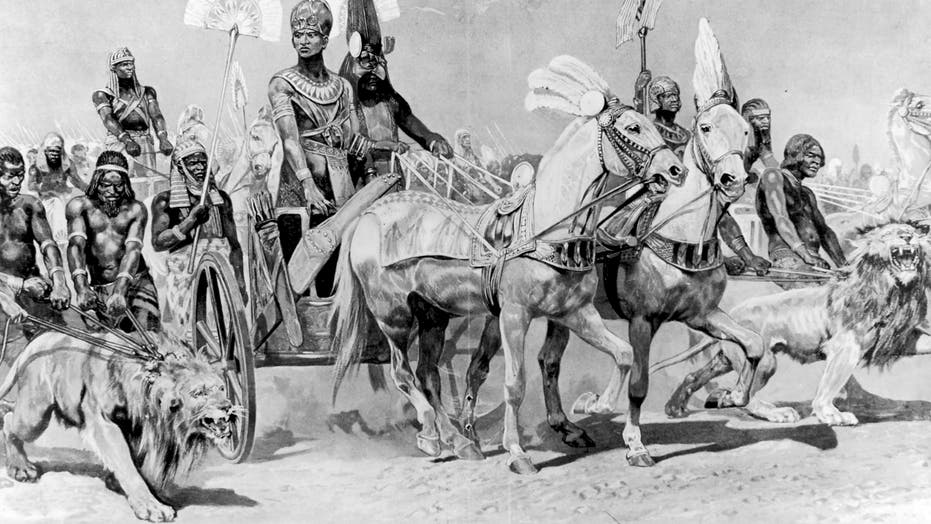 An ancient Egyptian fortress built by the Pharaoh Ramses II is revealing its secrets to archaeologists.

The circular-shaped buildings were used as stores, according to a Facebook post by Egypt’s Ministry of Antiquities. Animal bones were found within the silos.

Ancient pottery was also discovered during the excavation, as well as pottery kilns. Officials note that ancient Egyptians roasted grain to remove insects.

In a separate project, experts uncovered the 2,500-year-old remains of a powerful high priest in dramatic fashion.

Illustration of King of Egypt Ramses II (aka Rameses) riding in a chariot with lions, being restrained by servants, walking beside him. (Photo by Time Life Pictures/Mansell/The LIFE Picture Collection/Getty Images)

The secrets of a mysterious “Tomb of the Warriors” were also recently revealed in a PBS documentary, and solving an ancient puzzle, archaeologists discovered the wreck of an extremely rare vessel that traveled the Nile around 2,500 years ago.

In another project, archaeologists recently found a large ram-headed sphinx that is linked to King Tutankhamun’s grandfather. In other projects, a teenage girl’s skeleton was discovered in a mysterious grave near the Meidum pyramid, south of Cairo.