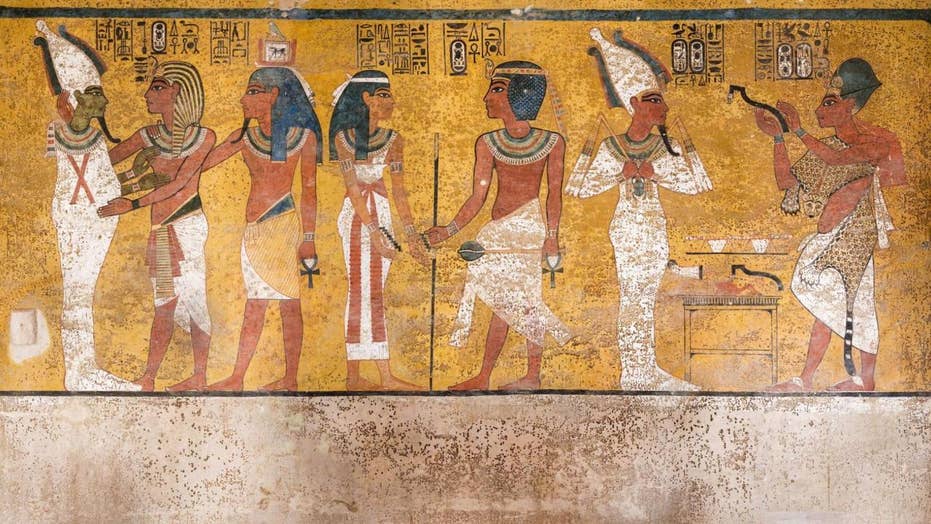 Strange spots on King Tut's burial chamber's walls explained by experts amid restoration of his tomb.

After a decade of work, the restoration of King Tutankhamun's tomb in Egypt is finally complete — a project described as a "must-see" attraction.

The tomb, which is nearly 3,000 years old, was restored by conservators at the Getty Conservation Institute (GCI) and the Egyptian Ministry of Antiquities. The project was arduous and time-consuming, involving years of fixing wall paintings from scratches and abrasions, as well rectifying issues with humidity, crowding, poor ventilation and a number of other concerns for visitors to Tut's tomb.

"Conservation and preservation is important for the future and for this heritage and this great civilization to live forever,” said Zahi Hawass, Egyptologist and former minister of State for Antiquities in Egypt, who also initiated the project with the GCI, in a statement.

The pharaoh’s tomb, which is full of spectacular artifacts, was discovered by British archaeologist Howard Carter in 1922. The site would go on to become a major tourist attraction after Carter's team spent a decade investigating it and removing artifacts. But years of tourism, which influenced the humidity, dust levels and carbon dioxide in the air, proved that restoration was badly needed.

Conservationists also studied mysterious brown spots on some of the paintings that baffled experts for years and were present when Carter discovered the tomb more than 90 years ago. They concluded they were caused by microorganisms that have since died and are causing no further damage.

They decided to leave the spots there because they have penetrated into the paint layers and removing them would cause more damage.

The team also uploaded a video to YouTube to provide more evidence of their work.

In March 2018, new evidence suggested that Tut, who became king while he was a teenager, may have been a soldier during his youth. That challenges the theory that the King was a weak and sickly child before his mysterious death at around 18 years of age.

In May, archaeologists determined that despite years of speculation, there are no secret rooms hidden inside King Tutankhamun's burial chamber.

The death of Tutankhamun continues to fascinate researchers. In 2014, a BBC documentary harnessed 2,000 CT scans of the pharaoh’s mummified body, to create a full-size computer-generated image of the man. The virtual autopsy revealed that Tutankhamun suffered from a genetic bone-wasting disease and a club foot, making him unable to walk unaided.

Another theory suggests that Tutankhamun, who is said to have reigned between 1332 and 1323 B.C., died in a chariot crash.