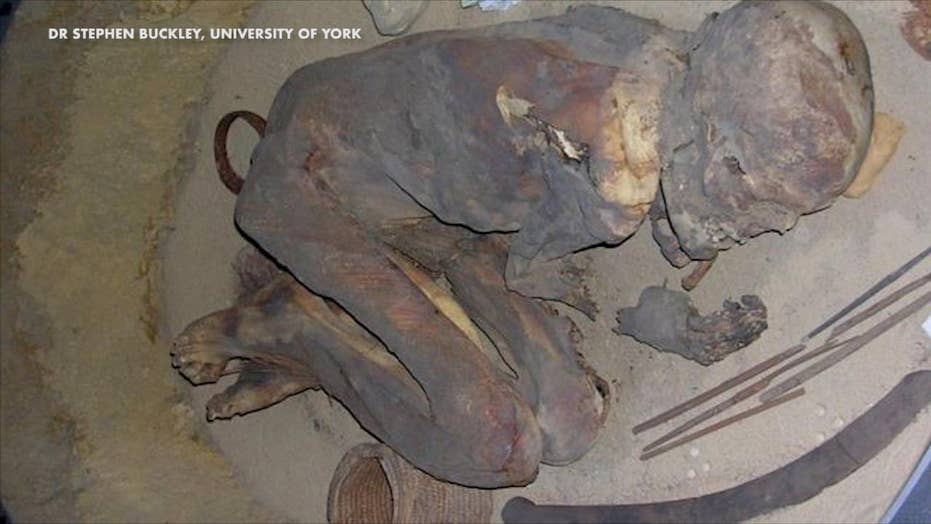 A mummy buried in Southern Egypt more than 5,000 years ago has revealed its grisly secrets, shedding new light on prehistoric embalming practices.

Researchers from the Universities of York, Oxford and Warwick in the U.K., Macquarie University in Australia, and the universities of Trento and Turin in Italy studied the mummy, which has been housed in the Egyptian Museum in Turin since 1901.

“It is the first time that extensive tests have been carried out on an intact prehistoric mummy,” explains the University of York, in a statement. The latest study backs up researchers' previous findings that embalming was taking place 1,500 years earlier than previously thought.

The mummy, which has been dated to around 3700 to 3500 BC, was thought to have been naturally mummified by Egypt’s hot, dry desert sand. However, scientists led by the Universities of York and Macquarie found that the mummy had actually been embalmed.

A ‘recipe’ of plant oil, heated conifer resin, an aromatic plant extract and a plant gum/sugar mixed together was used to impregnate the textiles in which the body was wrapped, according to the researchers.

Antibacterial agents were identified in the mixture. The agents were “used in similar proportions to those employed by the Egyptian embalmers when their skill was at its peak some 2,500 years later,” the scientists said.

A previous study in 2014 found complex embalming agents in linen fragments that were wrapped around bodies in a prehistoric tomb in Middle Egypt. The latest research indicates that the “embalming recipe” was used over a larger geographical area than previously thought.

“Having identified very similar embalming recipes in our previous research on prehistoric burials, this latest study provides both the first evidence for the wider geographical use of these balms and the first ever unequivocal scientific evidence for the use of embalming on an intact, prehistoric Egyptian mummy,” said archaeological chemist Dr. Stephen Buckley of the University of York.

Ancient Egypt continues to reveal its secrets. A mysterious sphinx, for example, has been discovered during roadwork in the Egyptian city of Luxor.

"By combining chemical analysis with visual examination of the body, genetic investigations, radiocarbon dating and microscopic analysis of the linen wrappings, we confirmed that this ritual mummification process took place around 3600 BC on a male, aged between 20 and 30 years when he died,” said Dr. Jana Jones, an Egyptologist at Macquarie University, in a statement.

Additionally, experts in Australia found the tattered remains of an ancient priestess in a 2,500-year-old Egyptian coffin that was long thought to be empty.