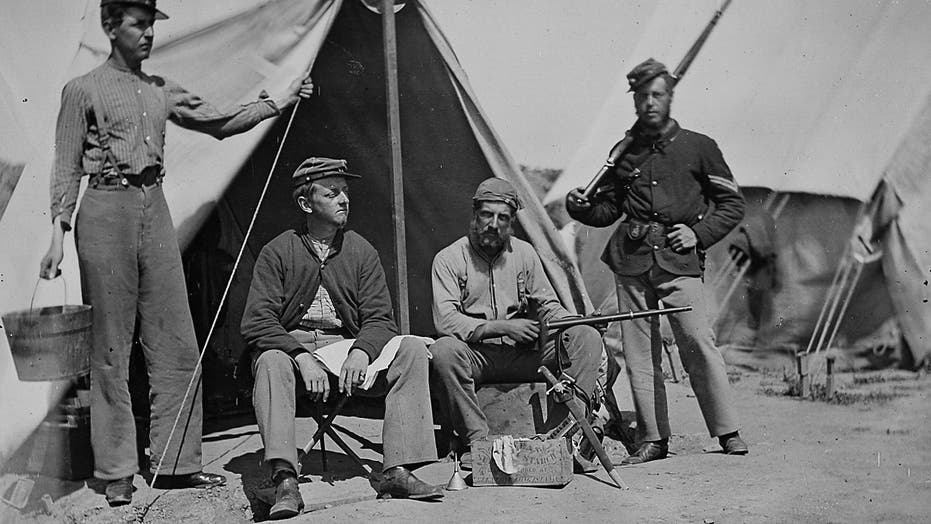 The last person to receive a Civil War-era pension died in North Carolina last week, according to reports.

The Wall Street Journal reported that Irene Triplett died at a nursing home in Wilkesboro on May 31. She was 90.

Triplett’s father,  Moses "Mose" Triplett, was a confederate soldier who deserted in 1863 and joined Union forces the following year, according to The Journal. The Wilkes-Journal Patriot reports that he married Irene’s mother Elida Hall in 1924 when he was 78 and she was 28. Mose Triplett was 83 when his daughter was born.

“It was common for young women to marry elderly pensioners to get a guaranteed lifetime widow's pension. Children of veterans also received them. Yes indeed, Mose was up there in years when his daughter was born,” noted filmmaker Jamie McGuire on Twitter.

Mose Triplett’s first wife had died a few years before his marriage to Hall, according to the Wilkes-Journal Patriot, which notes that he began receiving a pension for his service in the Union Army in 1890. He died in 1938 at age 92, just a few days after attending a reunion in Gettysburg marking the 75th anniversary of the battle there.

Irene Triplett had been receiving a monthly pension of $73.13 from the Department of Veterans Affairs, according to The Journal.

The graves of a Union soldier with Confederate soldiers are shown at sunset at the Appomattox Court House National Historical Park April 7, 2015 in Appomattox, Virginia - file photo (Photo by Win McNamee/Getty Images)

“Yesterday was the first time since the late 1860s that the U.S. Government has not been paying a monthly pension to either a Union Soldier or one of his dependents. Think on that,” wrote McGuire, in a series of tweets on June 2.

FCC Commissioner Ajit Pai also noted the importance of Triplett’s passing, as did the Sons of Union Veterans of the Civil War.

Civil War sites across the U.S. regularly offer fresh glimpses into the bloody conflict. Earlier this year, for example, an artillery shell from the Civil War was discovered in downtown Charleston.

Field and staff officers of the 69th Pennsylvania Infantry, a volunteer regiment in the Union army, at Gettysburg, Pennsylvania during the American Civil War, June 1865. Photo by William Morris Smith. (Photo by Library of Congress/Getty Images)

A Civil War-era gravestone linked to the infamous Quantrill’s Raid was discovered last year in a Kansas forest.

Also in 2019, a Civil War cannonball was discovered lodged in a walnut tree at a historic house in Independence, Mo.

Earlier in the year, archaeologists in Delaware located the gravestone of a Civil War soldier that may provide a vital clue in uncovering a long-lost African-American cemetery.

In 2018, the remains of two Civil War soldiers were discovered in a surgeon’s burial pit at Manassas National Battlefield Park in Virginia. Also in 2018, a vacationer on a North Carolina beach captured drone footage of a Civil War-era shipwreck.

In 2017, forensic linguists said they had likely unraveled the mystery surrounding a famous Civil War-era letter long believed to have been written by President Abraham Lincoln.