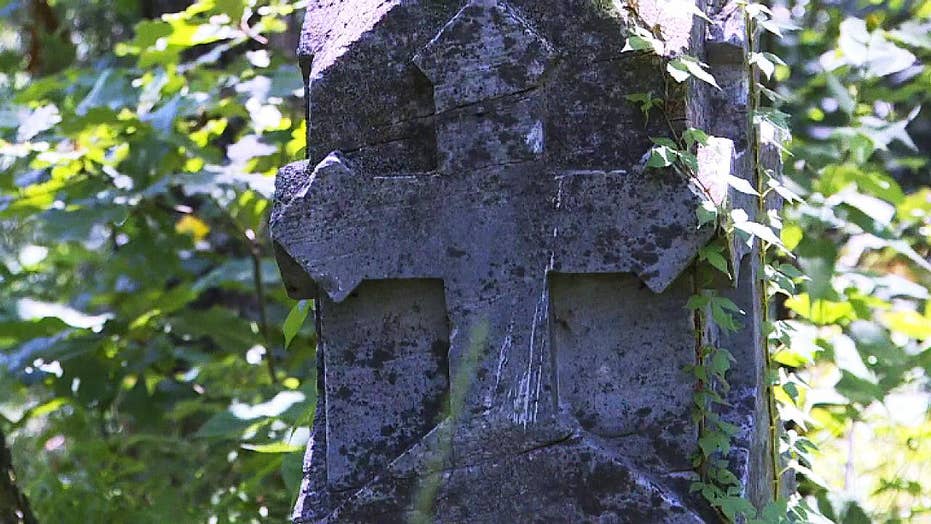 A Civil War-era gravestone linked to the infamous Quantrill’s Raid has been discovered in a Kansas forest.

Historians believe that one of the two gravestones belongs to a man killed in Quantrill’s Raid, a bloody attack on the nearby town of Lawrence during the Civil War.

Quantrill’s Raid, also known as the Lawrence massacre, took place on Aug. 21, 1863, when Confederate guerrillas ransacked the Unionist town. Some 150 men and boys from the town were killed in the attack, according to the Kansas Historical Society, although some sources put the death toll higher.

One of the gravestones, which had been relocated from a previous gravesite, pays tribute to James O’Neill, a local man who was killed in the raid.

In a Facebook post, the Lecompton Historical Society notes that O’Neill was working on a bridge across the Kansas River Lawrence when he was killed. O’Neill was buried in an old pioneer cemetery that was destroyed 50 years ago, according to the Historical Society, and his headstone was moved to the area where Gustin and his children found it.

The other headstone pays tribute to a student from Lane University in Lecompton who drowned in 1877, according to the experts.

Civil War sites and artifacts from the era regularly offer fresh glimpses into the bloody conflict.

Earlier this year archaeologists in Delaware discovered the gravestone of a Civil War soldier that may provide a vital clue in uncovering a long-lost African-American cemetery.

The site is known to the local community as containing the remains of African-Americans that lived in the area, officials say.

Other Civil War finds have also been made in recent years. Last year, for example, the remains of two Civil War soldiers were discovered in a surgeon’s burial pit at Manassas National Battlefield Park in Virginia. Also in 2018, a vacationer on a North Carolina beach captured drone footage of Civil War-era shipwreck.

In 2017, forensic linguists said they have likely unraveled the mystery surrounding a famous Civil War-era letter, long believed to have been written by President Abraham Lincoln.

In 2015, the remains of a Confederate warship were raised from the Savannah River in Georgia. The following year, the wreck of a large iron-hulled Civil War-era steamer was discovered off the coast of North Carolina. The ship, which was found off Oak Island, N.C, was tentatively identified as the blockade runner Agnes E. Fry.