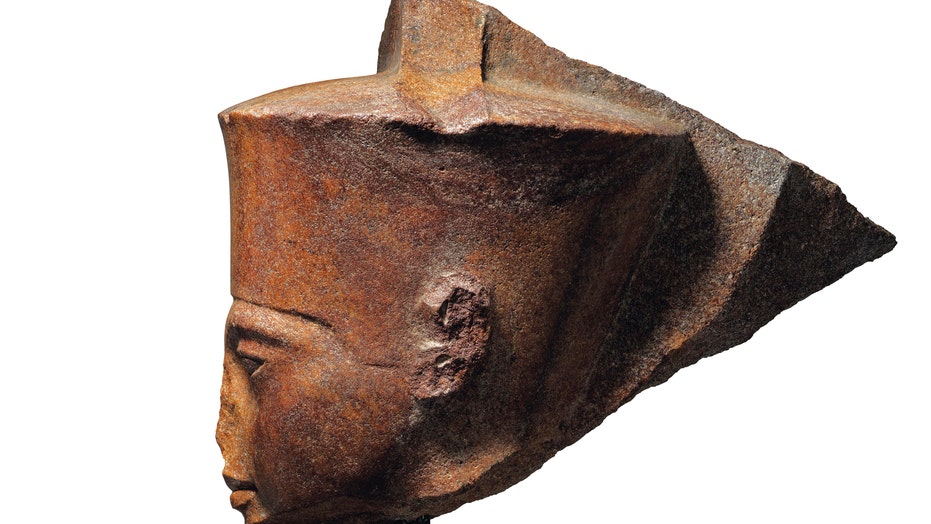 Egypt is attempting to halt the auction of a 3,000-year-old statue of King Tutankhamun at auction house Christie’s in London.

The statue — a brown quartzite head depicting King Tut — is scheduled to be auctioned off in July, and could generate more than $5 million, according to Christie's.

In a statement late on Saturday, the Egyptian foreign ministry said that it had demanded the auction house provide documents proving the statue's ownership and that it reached out to British authorities and the U.N. culture and education agency "to stop the sale procedures" for it and other Egyptian objects included in the lot.

The Egyptian Embassy in London has contacted the British Foreign Office and the auction house to stop the sale, according to Egypt’s Ministry of Antiquities. Egypt has asked for the return of the statue, according to a Facebook post.

The pharaoh’s tomb in the Valley of the Kings, which was full of spectacular artifacts, was discovered by British archaeologist Howard Carter in 1922.

Mostafa Waziri, chief of the Supreme Council of Antiquities, told that Associated Press that he believes that the head belongs to King Tut, but it was not found in the tomb in the Valley of the Kings.

"This head is not one of the 5,398 pieces that were found inside the tomb," he said.

According to a 1983 law regulating the ownership of antiquities, any ancient artifacts found in the country are considered state property, "with the exception of antiquities whose ownership or possession was already established at the time this law came into effect."

Christie’s says that the sale is legal.

“Ancient objects by their nature cannot be traced over millennia. It is hugely important to establish recent ownership and legal right to sell which we have clearly done,” said Christie’s in a statement emailed to Fox News. “ We would not offer for sale any object where there was concern over ownership or export. The work has been widely exhibited and published and we have alerted the Egyptian Embassy so they are aware of the sale. There is a long-standing and legitimate market for works of art of the ancient world, in which Christie’s has participated for generations. Christie’s strictly adheres to bilateral treaties and international laws with respect to cultural property and patrimony.”

The possibility of previously undiscovered chambers in the boy king’s tomb had generated massive interest around the world.

KING TUTANKHAMUN BOMBSHELL? MYSTERIOUS PHARAOH MAY HAVE BEEN A BOY SOLDIER

Stunning research has also claimed that Tutankhamun may have been a boy soldier, challenging the theory that the King was a weak and sickly youth before his mysterious death at around 18 years of age.

In 2014, a BBC documentary used state-of-the-art technology to perform a ‘virtual autopsy’ on King Tutankhamun’s 3,000-year old remains. By using 2,000 Computerized Tomography (CT) scans of the pharaoh’s mummified body, scientists created a full-size computer-generated image of Tutankhamun. The virtual autopsy indicated that the boy king suffered from a genetic bone-wasting disease and a club foot, making him unable to walk unaided.

Another theory suggests that Tutankhamun died in a chariot crash.

In 2012, scientists confirmed that a dagger found among the treasures in King Tut’s tomb was made with iron from a meteorite.

In a separate project, experts recently explained the strange spots on the walls of King Tut’s burial chamber.