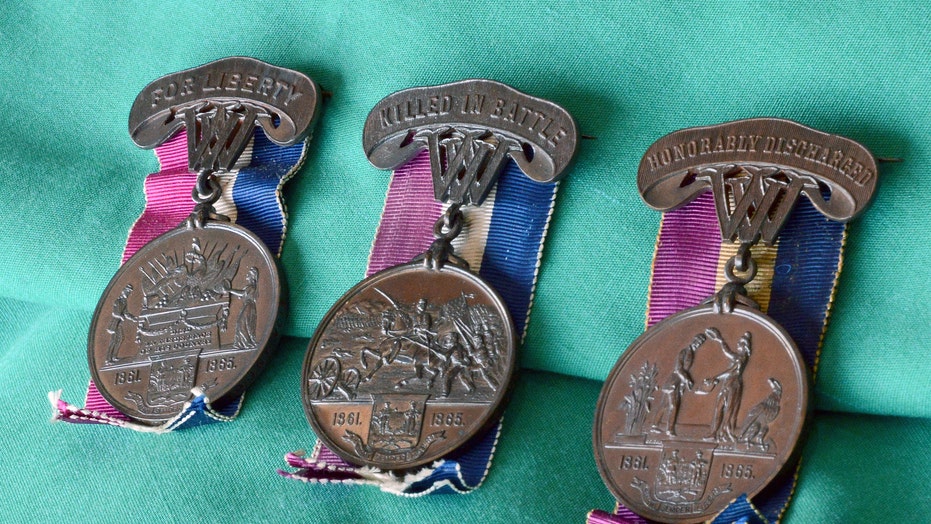 A year after the Civil War ended, West Virginia authorized the minting of more than 26,000 medals to honor the state’s soldiers that served in the Union Army. More than 150 years later, however, thousands of those medals are still unclaimed.

Randy Marcum, a historian at the West Virginia State Archives, told Fox News that 3,392 medals remain in the state’s possession. A large number of Civil War veterans, he explained, were simply unaware of their existence, as were generations of their descendants.

“A lot of these folks, straight after the war, they went out West,” he said, noting that the newly created state of West of Virginia was a turbulent place in the immediate aftermath of the Civil War. While more than 26,0000 West Virginians served in the Union ranks, it is estimated that over 10,000 served in the Confederacy’s forces.

Nearly 20,000 of the Union medals were given out between 1866 and 1890 and, over the years, the state has spent money to advertise their existence, according to Marcum. The GAR (Grand Army of the Republic) was instrumental in distributing some of the medals after 1890, a responsibility that later passed to the West Virginia State Archives.

A list of the medals and information about the documents needed to claim them is posted on the state’s website.

Marcum says that he usually gets three to five successful applications a month and is thrilled when descendants receive their medal. “It’s all about the memory [of the veteran] and honoring that memory,” he told Fox News. “These guys went through an awful lot.”

The historian, himself a U.S. Navy veteran, sometimes sees modern-era veterans collecting their ancestor’s medal. “What’s really a joy is when a veteran comes in and claims it and says ‘I am a veteran and I want to honor my ancestor.’”

Marcum, who had ancestors serving on both sides of the Civil War, told Fox News that there was an unclaimed medal even in his own family. The Union soldier, also named Randolph Marcum, moved to Minnesota after the Civil War and his medal went unclaimed for over 100 years. “Another family member, about 30 years ago, claimed it,” he said.

Each medal is individualized with the name of the recipient on the edge, along with their regiment and company.

The state spent around $27,000 to get the medals produced, the equivalent of around $426,000 today. “It was a pretty big outlay for a state that had only been in existence for three years,” Marcum said.

Among the medals minted, a small number are for soldiers that served in the 45th U.S. Colored Infantry Regiment. “There were a little over 200 troops that came from West Virginia that were in the 45th – we don’t have very many applications for those medals,” Marcum said. “A lot of those guys, after the war, they dispersed out West – a lot of them were in the Indian Wars.”

Nonetheless, a medal belonging to a soldier from the 45th was claimed by one of his descendants in 2007.

Time reports that other states also authorized medals for Union soldiers, but cites officials in New Jersey, Ohio and New Jersey who say that they don’t have stocks of unclaimed medals. Massachusetts has 800 unclaimed “minutemen” medals, but there are no plans to distribute them, according to the news outlet.

West Virginia wants family members to come forward and claim the thousands of remaining medals in its archive.

Nearly 20,000 of the medals were distributed between 1866 and 1890. (Steve Brightwell, West Virginia Department of Arts, Culture and History)

“We’re, all the time, reaching out to folks,” Marcum said. “I attend a lot of the Civil War re-enactments, I take some of the medals and a list of all the names.”

“We do welcome people to apply for them,” he added. “All along, that has been the goal, to get them to the families so that they can honor and cherish the memory of the soldiers.”