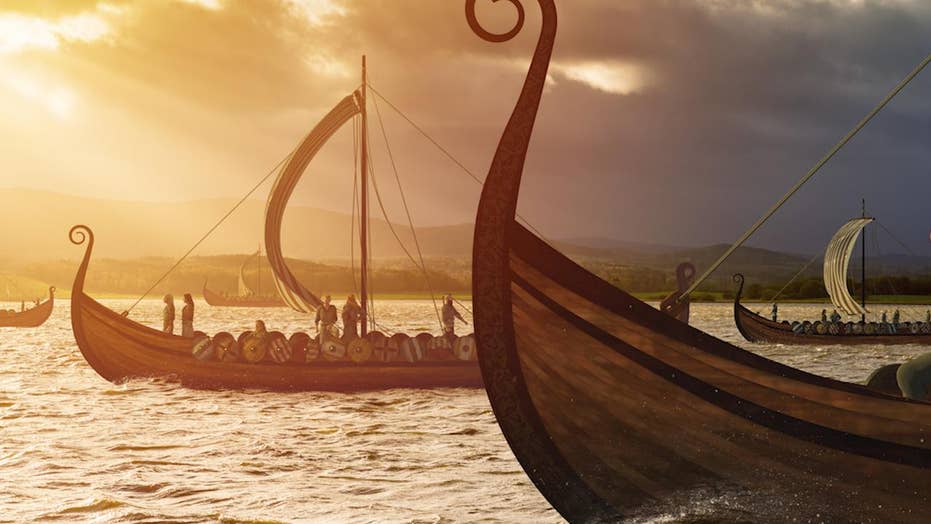 Archaeologists in Norway have used ground-penetrating radar to locate what appears to be a Viking longship buried in the ground.

Officials in Vestfold County, west of Oslo, announced the find on Monday. Vestfold County spokesman Terje Gansum said the ship burial — where a vessel is used as a container for the dead — was found in the Borre burial mounds, considered one of Norway's most important cultural heritage sites.

The radar images show a boat shape as well as the faint outline of a circular recess, which may indicate that a wooden pile has been removed from the site.

“We are now going to investigate the discovery with several non-invasive methods and repeat the use of georadar,” he explained, in a statement.

Archaeologists say they have no immediate plan to unearth the ship.

The longship is the latest in a series of fascinating discoveries from the Viking era, which was approximately 793-1066 A.D. Earlier this year, researchers reported that a Swedish grave containing the skeleton of a Viking warrior, long thought to be male, was confirmed as female.

Also in 2018, an 8-year-old girl discovered a 1,500-year-old sword in a Swedish lake and a trove of silver treasure linked to the era of a famous Viking king was uncovered on an island in the Baltic Sea. Hundreds of 1,000-year-old silver coins, rings, pearls, and bracelets were found on the German island of Ruegen.

In 2017, an incredibly well-preserved Viking sword was found by a reindeer hunter on a remote mountain in Southern Norway. In 2016, archaeologists in Trondheim, Norway, located the church where Viking King Olaf Haraldsson was first enshrined as a saint.