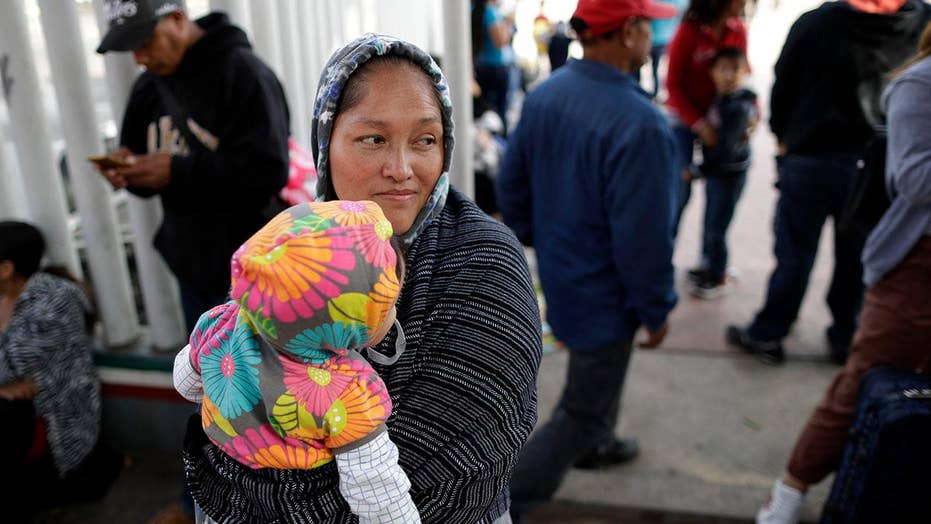 Debate over U.S. immigration policy and separating families at the Mexico border heats up on 'Outnumbered.'

While the Trump administration is being slammed by critics for its "zero-tolerance" policy of separating children from adults who illegally enter the country, the outcry over the federal government's handling of the sensitive issue of how to handle minors is hardly new.

The Obama administration actually expanded the system of detaining families – typically mothers and their minor children – after a huge surge of Central Americans along the U.S.-Mexican border in 2014. The policy resulted in many minors being detained in various locations, in much-criticized conditions, either with their families or by themselves, if they had crossed the border alone.

Videos and photos at the time showed children in tears, many of them still wearing dirty clothes, in detention facilities where they were kept with their families. The conditions -- which ranged from six adults and children sleeping crammed on two mattresses laid out on concrete floors, to sick minors not receiving medical care -- were documented in many news accounts and reports by human rights groups.

The difference is the Trump administration is now taking children away from parents who are being prosecuted criminally for offenses that often were once considered civil violations. The children are not being charged with crimes, and are being placed in the custody of the Department of Health and Human Services.

Speaking at the National Sheriffs’ Association conference in New Orleans on Monday, Attorney General Jeff Sessions said, "We do not want to separate parents from their children." 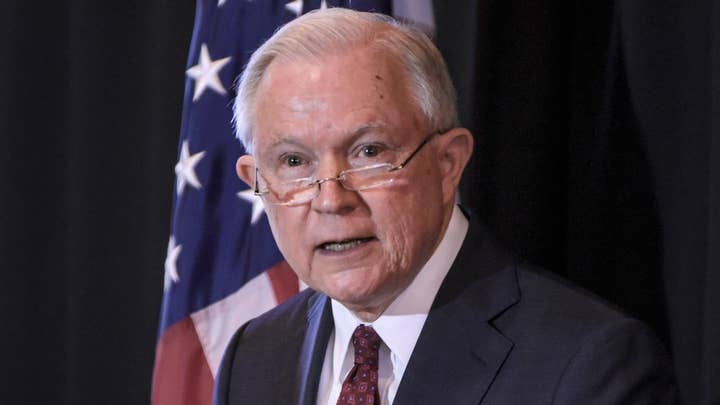 But Sessions said word had gotten out before Trump became president that anyone who tried to cross the border with a minor would almost certainly be “given immunity from prosecution.”

“Word got out about this loophole, with predictable results,” Sessions said. “The number of aliens illegally crossing with children between our ports of entry went from 14,000 to 75,000 — that’s a five-fold increase — in just the last four years.”

"We cannot and will not encourage people to bring children by giving them blanket immunity from our laws," Sessions said.

We do not want to separate parents from their children. If we build the wall, if we pass legislation to end the lawlessness, we won’t face these terrible choices.

Many immigration experts – including advocates who describe themselves as liberal-leaning – say that where children are concerned, almost any enforcement-related option is a no-win situation.

“The Obama administration’s strategy was to expedite deportations of refugee children oftentimes without a lawyer, and jail refugee mothers with children as a deterrent,” said Matthew Kolken, an immigration lawyer whose clients include children seeking political asylum. “Yes, Trump’s zero-tolerance policy is concerning, but it isn’t a huge departure from what we saw under Obama, as 52 percent of all federal criminal prosecutions were for immigration related crimes when he left office.”

In late May, the American Civil Liberties Union announced that it had obtained thousands of government documents that showed evidence of “the pervasive abuse and neglect of unaccompanied immigrant children detained by the U.S. Customs and Border Protection” during the Obama presidency, from 2009 through 2014.

“These documents provide a glimpse into a federal immigration enforcement system marked by brutality and lawlessness,” Mitra Ebadolahi, ACLU Border Litigation Project staff attorney, said in a report about the abuses. “All human beings deserve to be treated with dignity and respect regardless of their immigration status — and children, in particular, deserve special protection.”

Recollections of the horror stories about the treatment of children in detention, and sometimes lengthy stays, have prompted debates in recent weeks among advocates of more lenient immigration policies. Some are cautioning others that pushing for an end to separating children from their parents may see a return of family detention.

“Like so much else in immigration, this administration has taken weapons that Obama’s folks loaded and left on the table on the way out and then they picked these weapons up and started firing, and that’s what’s happened here,” Free said. “The previous administration created and stood up this infrastructure and refused to demand accountability from the people that were responsible for running it, and now you have its predictable consequence in the hands of this administration.”

“Women and children must frequently go without showering while in these cells, regardless of the length of time they are held,” the report said. “In some cases, holding cells lack toilet paper or do not provide sanitary pads or tampons for women and girls who are menstruating.”

Charles Kuck, a past president of the American Immigration Lawyers Association, told Fox News the outcry over the treatment of children arriving at the border is, in some respect, mind-boggling.

The Obama administration’s strategy was to expedite deportations of refugee children oftentimes without a lawyer, and jail refugee mothers with children as a deterrent.

“This is not new,” Kuck said. “What is new is how we’re handling it publicly.”

A major reason for the outcry, Kuck said, is the knee-jerk tendency to lash out at this president’s actions and put them in disproportionate perspective. “Everyone in [immigration law] was screaming from the rooftops about Obama” detaining families, Kuck said. “Obama said they had to enforce the law so that conservatives in Congress will fix the law.”

Obama administration officials also argued they had to implement tough enforcement for the sake of providing a deterrent. They considered separating children from parents as they weighed how to deal with the Central American surge, but decided against it, The New York Times reported.

Courts declared the administration could not use detention as a deterrent.

Immigration authorities say detention is necessary because many people who are released pending an immigration hearing never show up to court.

Many advocates for more lenient policies have pushed for alternatives -- such as ankle monitors -- to detention for asylum seekers and others who are not deemed a danger to the public.

Kuck said that while he firmly opposed family detention, he views separating children from their parents as more detrimental.

“It’s exponentially worse when the children are taken away,” Kuck said, adding that the real solution is congressional action to fix immigration. “The pressure is on Congress. But one side wants to return them, and the other side deems that unacceptable.”