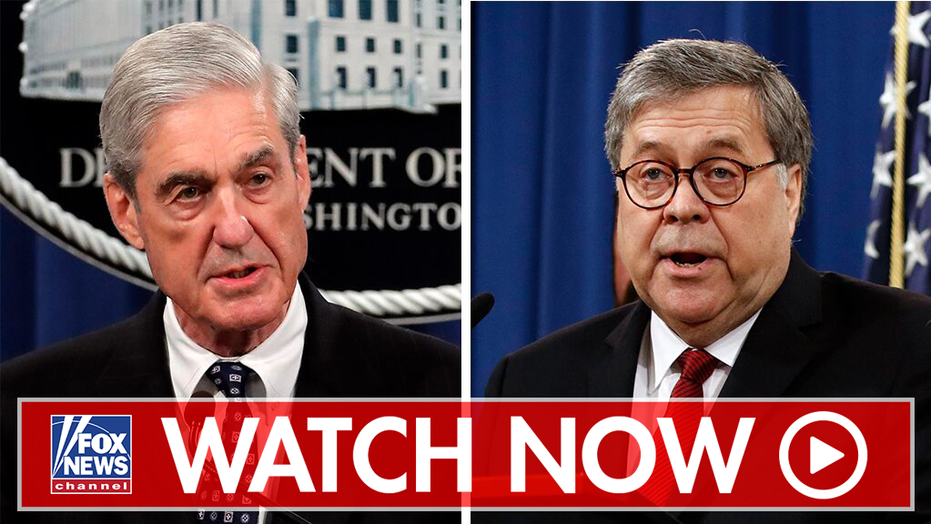 Attorney General Bill Barr has said that he “personally” felt that Special Counsel Robert Mueller could have reached a decision about whether or not President Trump obstructed justice during the Russia investigation.

During an exclusive interview with CBS News, Barr was asked whether he agreed with Mueller’s “interpretation” that he could not reach a decision on the president’s alleged obstruction of justice.

“I personally felt he could’ve reached a decision,” Barr said.

When asked again, he said: “Right, he could’ve reached a conclusion.”

“The opinion says you cannot indict a president while he is in office,” Barr said, referring to the Justice Department policy laid out by its Office of Legal Counsel. “But he could’ve reached a decision whether it was criminal activity, but he had his reasons for not doing it, which he explained.”

Barr added: “I am not going to argue about those reasons but when he didn’t make a decision, the Deputy Attorney General Rod Rosenstein and I felt it was necessary for us as heads of the Department to reach that decision.”

Mueller submitted his full report to Barr in late March. Days later, Barr released a four-page summary of the findings, noting Mueller’s team found no evidence that members of the Trump campaign conspired with the Russians during the 2016 presidential election. Barr and Rosenstein, who resigned earlier this month from the Justice Department, stated in the summary that the evidence was not sufficient to charge the president with an obstruction of justice offense.

Barr made his comments to CBS News one day after Mueller made the first and only public statement of his tenure as special counsel in which the former FBI director announced the official end of his investigation, his resignation from the Justice Department, and explained his investigatory decisions.

Mueller explained the longstanding Justice Department policy, which states that a sitting president cannot be charged with a crime, noting that “charging the president with a crime was not an option we could consider.”

Mueller added Wednesday that it would be “unfair to accuse someone of a crime when there could be no court resolution of the charge.”

Mueller also said that “the Constitution requires a process other than the criminal justice system to formally accuse the president of wrongdoing,”—a statement some on the left took as a green light to intensify talks about impeachment proceedings.

When asked if he thought Mueller was suggesting Congress could be the “venue” to hold the president accountable, Barr said he was “not sure.”

“Well, I’m not sure what he was suggesting,” Barr said. “You know, the Department of Justice doesn’t use our powers of investigating crime as an adjunct to Congress.”

But congressional Democrats and even some 2020 Democratic presidential hopefuls have seized on Mueller’s public statements and called for impeachment proceedings to begin.

House Judiciary Committee Chairman Jerrold Nadler, D-N.Y., whose committee would lead any potential impeachment proceedings, said Wednesday that “all options are on the table.”

What are the risks and rewards of Democrats pursuing impeachment?

The president blasted Mueller on Thursday as “highly conflicted,” and claimed that Mueller “would have brought charges” against him in the Russia probe if he had “anything,” but maintained that “there were no charges to bring, and called the idea of impeachment a “scam.”

“I don’t see how they can,” Trump told reporters from the White House lawn Thursday. “It’s a dirty, filthy disgusting word, impeach. It’s high crimes—there was no high crime. So how do you impeach?”

Meanwhile, Barr, who has fallen under intense scrutiny over his handling of the Russia report, appointed U.S. attorney from Connecticut John Durham to investigate the origins of the Russia investigation.

Based on congressional letters, FBI text messages and sources familiar with the matter, the Trump team was not specifically warned that retired General Michael Flynn and George Papadopoulos were already under FBI investigation in August 2016; chief intelligence correspondent Catherine Herridge reports.

Earlier this month, the House Judiciary Committee voted to hold Barr in contempt for defying the panel’s subpoena requiring that he turn over an unredacted version of Mueller’s report, as well as underlying documents and evidence. In turn, the president asserted executive privilege over the materials in a bid to protect those files from release.

Despite the criticism, Mueller defended Barr on Wednesday.