Who is Congressman Steve Scalise?

Here's what you need to know about the Republican lawmaker from Louisiana.

What district does he represent?

Scalise, 51, represents Louisiana's First Congressional District. He is the No. 3 Republican leader in the House, after House Majority Leader Kevin McCarthy and Speaker of the House Paul Ryan.

What do we know about his political career?

Scalise was first elected to the House in 2008 and served as chairman of the Republican Study Committee, a group of conservatives. In 2014, Scalise was elected majority whip.

Six months after his whip election, it emerged that he had spoken in 2002 to a white supremacist group founded by Ku Klux Klan leader David Duke. Scalise apologized for the speech and said he was unaware of the group's racial philosophy when he agreed to speak as a state legislator.

"I reject bigotry of all forms," Scalise said.

Scalise is also a member of the House Energy and Commerce Committee and the Subcommittee on Communications and Technology.

The National Rifle Association (NRA) gave an A+ rating to Scalise, who has sponsored gun rights legislation, his website says. He also supports traditional marriage, reduced taxes and is pro-life.

He also backed Trump's travel ban, telling "Sunday Morning Futures" in January, "I think it's very prudent to say let's be careful about who comes into our country to make sure that they're not terrorists."

What does the majority whip do?

The majority whip's job is to be the chief vote counter for the GOP leadership team and figure out how lawmakers will vote during legislative measures.

What do we know about Scalise's relationship with President Donald Trump?

Scalise has forged a close relationship with Trump, working together on the House health care bill and a pending effort to overhaul the tax code.

What do we know about Scalise's earlier life in politics?

Before entering Congress, he was a lawmaker in Louisiana for eight years. Scalise previously served in both the Louisiana House of Representatives and the Louisiana Senate.

What about Scalise's education?

Scalise graduated from Louisiana State University in 1989, with a computer science degree. He used to work as a systems engineer, according to his bio.

What do we know about Scalise's family?

Scalise and his wife Jennifer have two children. The family lives in Jefferson, Louisiana.

What else do we know about Scalise's personal life?

Scalise is known for his love of baseball and the late-night meals he often serves his colleagues in his office near the Capitol's Statuary Hall.

What do we know about Scalise's condition?

Scalise was shot in the hip and was undergoing surgery.

"Rep. Steve Scalise of Louisiana, a true friend and patriot, was badly injured but will fully recover," Trump tweeted. "Our thoughts and prayers are with him." 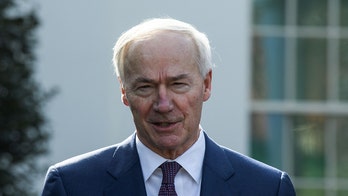