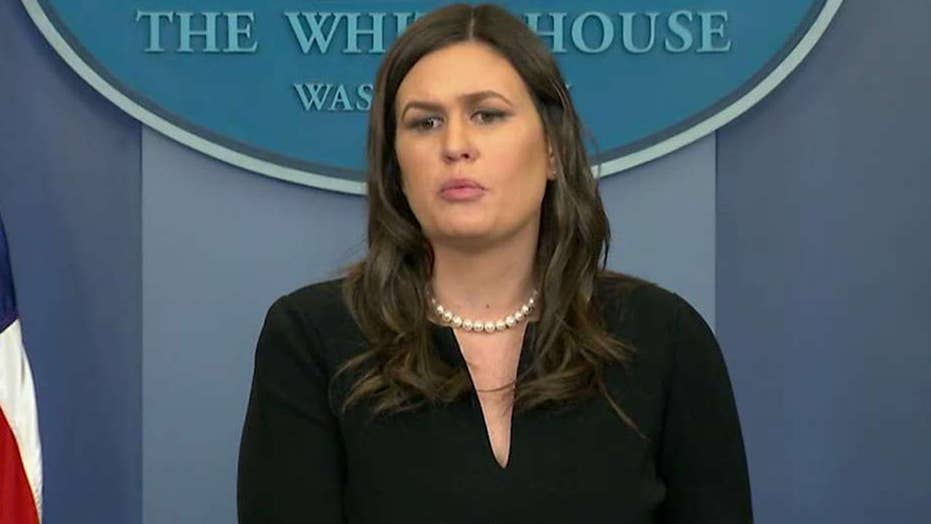 But President Trump catches heat for seeming to back away from raising minimum purchase age for rifles; Kevin Corke reports from the White House.

The White House announced a series of recommendations Sunday night meant to stop school shootings, including a full audit and review of the FBI tip line after warnings about a student who killed 17 people at a Florida high school last month were not acted upon.

The administration did not call for immediately increasing the minimum age for buying long guns to 21, as President Trump had previously advocated. However, it did announce that Education Secretary Betsy DeVos would chair a federal commission on school safety to study the proposal.

The recommendations were announced nearly a month after the mass shooting at Marjory Stoneman Douglas High School in Parkland, Fla.

DeVos said in a statement that the commission would look at a "wide range" of ideas in order to ensure that "no student or family should ever have to live the horror of Parkland or Sandy Hook ever again." 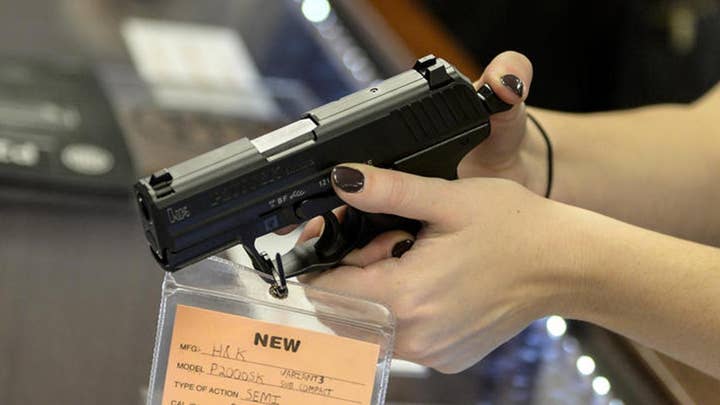 Administration officials said they had not set a deadline for the commission's recommendations, but expected they'd made in under a year.

The administration also reaffirmed Trump's support for a congressional measure, known as Fix NICS, that helps local officials improve efforts to enter data into the National Instant Criminal Background Check System and the congressional STOP School Violence Act to improve school security and provide some funding for such efforts.

The Republican-controlled House is expected to vote next week on the bipartisan measure. 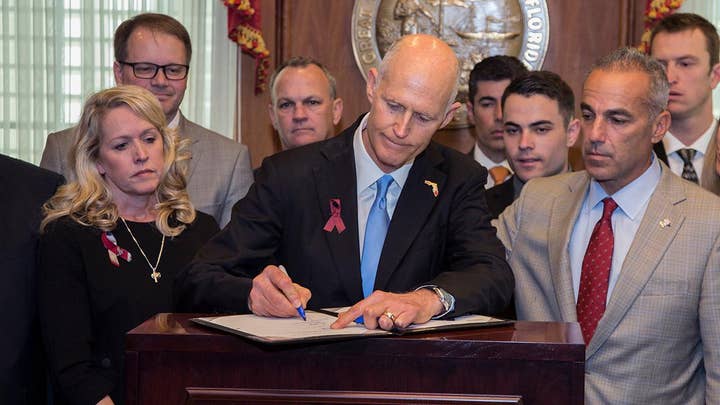 Trump is also calling on states to pass temporary, court-issued Risk Protection Orders, which allow law enforcement to confiscate guns from individuals who pose risks to themselves and others, and temporarily prevent them from buying firearms. The president is also calling for better coordination between mental health care, school officials and law enforcement.

The plan was immediately paned by gun control advocates, including the Brady Campaign to Prevent Gun Violence. "Americans expecting real leadership to prevent gun violence will be disappointed and troubled by President Trump's dangerous retreat from his promise," said Avery Gardiner, the group's co-president.

Sen. Bob Casey, D-Pa., called the plan "weak on security and an insult to the victims of gun violence." In a statement, he added, "When it comes to keeping our families safe, it's clear that President Trump and Congressional Republicans are all talk and no action."

"The White House has taken tiny baby steps designed not to upset the NRA, when the gun violence epidemic in this country demands that giant steps be taken, said Senate Minority Leader Chuck Schumer, D-N.Y., in a statement of his own. "Democrats in the Senate will push to go further including passing universal background checks, actual federal legislation on protection orders, and a debate on banning assault weapons."

In the weeks since the Parkland massacre, Trump has held listening sessions with lawmakers, survivors of recent school shootings and the families of victims.

He's also met and spoken with the heads of the powerful National Rifle Association. The NRA on Friday sued Florida over a new gun law signed by Republican Gov. Rick Scott that bans the purchase of firearms by anyone under the age of 21.

During those meetings, Trump advocated arming certain teachers and school staffers, arguing that gun-free schools were "like an invitation for these very sick people" to commit murder. 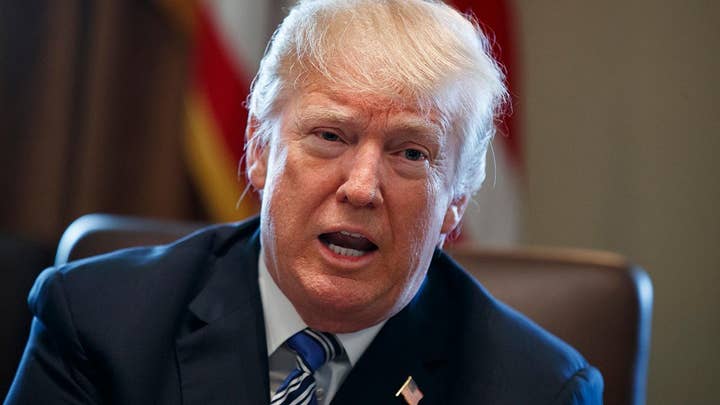 "If you had a teacher who was adept at firearms, they could end the attack very quickly," he has said.

During the often free-wheeling conversations, Trump also seemed to voice support for expanded background checks, which would apply to private gun sales and those at gun shows, instead of just from licensed dealers. He also raised eyebrows by suggesting that law enforcement officials should be able to confiscate guns from those they deem a safety risk even before a court has weighed in.

Sarah Sanders, the White House press secretary, later walked back both suggestions, saying, "Universal means something different to a lot of people." She said the president wanted to expedite the court process, not circumvent it.

The NICS bill would penalize federal agencies that don't properly report required records, and reward states that comply by providing them with federal grant preferences.

The bill was written in response to a shooting last November by a gunman whose domestic violence conviction the Air Force failed to report to the National Criminal Information Center database. It has already passed the House, but as part of large bill that allows conceal-carry permits to be valid across state lines.