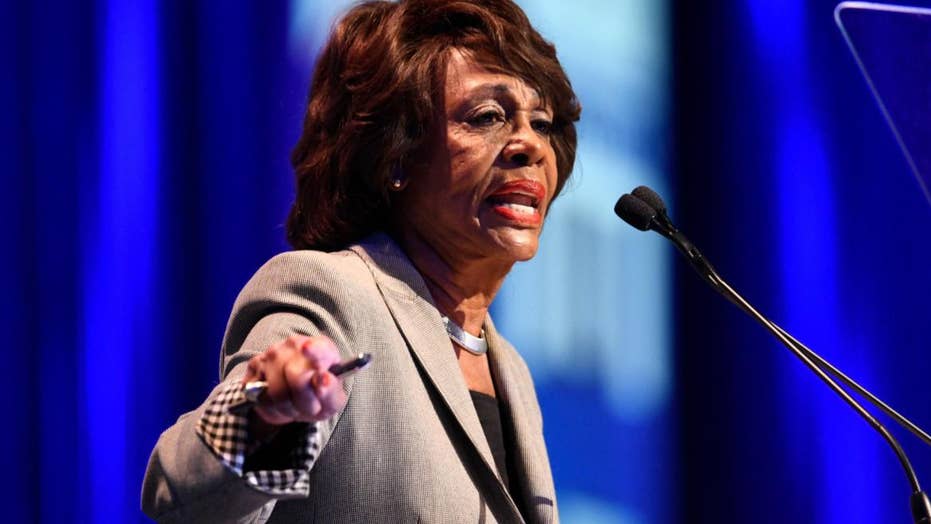 California Democratic Rep. Maxine Waters is facing a new complaint about an obscure fundraising tactic that rakes in thousands from state politicians in exchange for being listed on her slate mailers — this time, involving supporters of a former Los Angeles mayor defeated in the June gubernatorial primary.

The National Legal and Policy Center, a conservative watchdog group, filed a complaint with the Federal Election Commission against Waters, her campaign and a pro-charter school group called Families and Teachers for Antonio Villaraigosa — which backed the former Democratic mayor of Los Angeles.

The pro-Villaraigosa group paid $25,000 to the Citizens for Waters Committee on May 25 to include Villaraigosa in her slate mailer, according to the complaint. FEC guidelines, however, say only a candidate’s committee can pay for the mailers — sample ballots traditionally mailed out to about 200,000 voters in Los Angeles highlighting whom Waters supports.

Waters’ mailers have faced scrutiny since 2010 because the campaign, since 2004, has paid her daughter Karen Waters, or her public relations firm Progressive Connections, to produce, print and mail the sample ballots.

Legally, candidates are paying a reimbursement for the slate mailer, rather than buying an endorsement. But it’s difficult to prove whether the Waters endorsement comes as a result of the payment or if already endorsed candidates are paying for their share, Adav Noti, a former FEC assistant general counsel, recently told Fox News while explaining the peculiar process.

The mailers also effectively provide a loophole to get around federal campaign contribution limits. The watchdog group’s FEC complaint, the second against Waters since July, is asking for a full audit of the congresswoman’s campaign.

"Since the commission has given federal campaigns broad discretion involving slate mailers it is imperative the issues cited in this complaint are fully investigated and all penalties and fines that may result from a finding that the Citizens for Waters campaign was in violation of the statutes cited should be applied in full,” the complaint filed Thursday morning says.

Neither Waters' congressional office nor her campaign responded to phone and email inquiries for this report.

Waters is one of the most outspoken congressional critics of President Trump and supporters of his impeachment.

Villaraigosa ran as a moderate Democrat in the gubernatorial jungle primary — meaning the top two vote-getters face off in the general election, regardless of party. Democratic Lt. Gov. Gavin Newsom and Republican businessman John Cox won that primary.

Charter school advocates had formed the independent group that spent millions on TV spots supporting Villaraigosa, though. Former New York Mayor Michael Bloomberg, a billionaire, and Netflix CEO Reed Hastings were among those who bankrolled Families and Teachers for Antonio Villaraigosa.

“This liberal lioness who is for teacher unions and public education didn’t mind taking money from charter school advocates,” Tom Anderson, the director of the government integrity project at the National Legal and Policy Center, told Fox News. “This is clearly not only enriching Maxine Waters and her family, but what better way for tech billionaires and Michael Bloomberg to push against the teacher unions?”

After the primary, Newsom aligned with Waters. Newsom’s campaign paid $27,000 to the Waters campaign on June 5, primary day, to be featured on her slate mailers going forward. Because it came from the candidate’s committee, that payment conformed with the guidelines.

Federal law technically limits individual campaign contributions to $2,700 to a candidate’s committee and $5,000 to a political action committee. But the mailers are treated differently. A 2004 FEC advisory opinion, signed by Democratic FEC Commissioner Ellen Weintraub, set guidelines for how those mailers can be funded.

A 2004 FEC advisory opinion described the pamphlets as follows: “The brochure will feature a prominent picture or likeness of Representative Waters on the front page. It will be promoted as Representative Waters' ‘official sample ballot’ and will contain brief quotes, which convey her opinions and endorsements of the federal and non-federal candidates listed.”

The FEC opinion stated that the payments from other candidates “would not constitute support of, or in-kind contributions to, any federal candidate appearing in the brochure, so long as the authorized committee of that federal candidate reimburses the Waters Committee.”

The watchdog group’s FEC complaint stressed the parameters of the 2004 decision.