Democratic Rep. Maxine Waters, one of the most outspoken members of the anti-Trump ‘resistance’ in Congress, is facing fresh questions about a longstanding controversy regarding how her campaign raises money and how those funds have flowed to her daughter.

The California congresswoman has raised hundreds of thousands of dollars each election cycle from some of her state’s biggest politicians paying to be listed on her slate mailers—sample ballots traditionally mailed out to about 200,000 voters in Los Angeles highlighting whom she supports.

Since 2004, the campaign in turn reportedly has paid $750,000 to the congresswoman’s daughter, Karen Waters, or her public relations firm Progressive Connections for help producing them.

A government watchdog in July filed the first of two complaints with the Federal Election Commission asking for a full audit of the Citizens for Waters campaign.

'Maxine Waters found an old provision and turned it into a cottage industry.'

The conservative National Legal and Policy Center is still drafting a second broader complaint focusing on the sources of money going to the Waters campaign and flowing to her daughter—and the accuracy of campaign finance reports, said Tom Anderson, director of the group’s government integrity project. 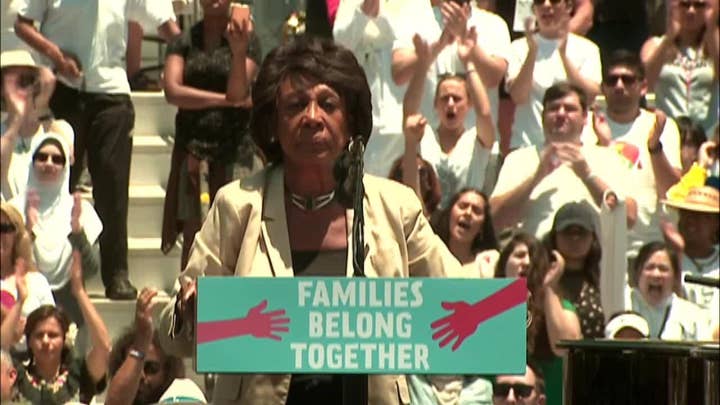 Rep. Waters, first elected in 1990, has been in the headlines lately for her calls to impeach President Trump and statements urging public confrontations with his Cabinet officials.

Well before her current political fame, though, she mastered this somewhat-rare form of fundraising in slate mailers. California’s top politicians as well as local office-seekers have given far in excess of legal contribution limits to her campaign to be on her slate of endorsed candidates. The campaign then pays Karen Waters and other firms to produce, print and mail the sample ballots. The FEC approved the practice by Waters in 2004.

However, the FEC complaint filed on July 25 states that the California Democratic party paid $35,000 to the Waters campaign in 2016 to include the endorsement of Harris’ Senate candidacy on the mailer. The FEC complaint, which cited an October campaign finance report, contends a third party is not legally allowed to pay for the mailer of a candidate without a reimbursement under the 2004 FEC advisory opinion.

A separate report shows that the Harris campaign paid $30,000 to the Waters campaign earlier in 2016 for a primary slate mailer, but no subsequent payments.

The mailers continue to be a lucrative source of funds.

For the 2018 election cycle, FEC data shows, as of July 28, that Democrat Gavin Newsom’s gubernatorial campaign paid $27,000 to Waters’ re-election campaign to be in the mailers. 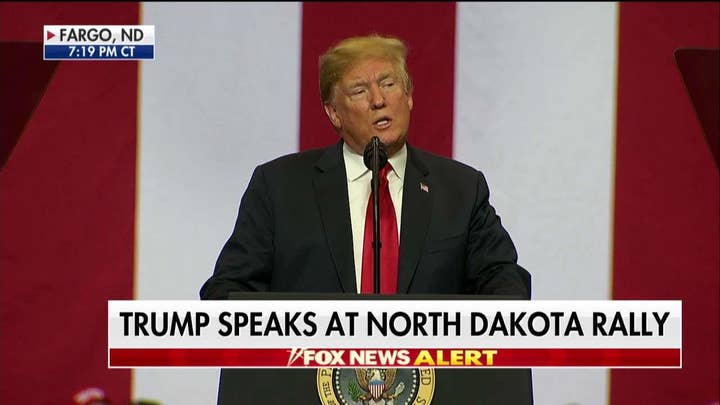 The state Democratic Party snubbed Sen. Dianne Feinstein this year, but she paid $27,000 and has the Waters endorsement. Candidates for state assembly, sheriff and judges paid between $2,000 and $12,000 to Citizens for Waters to be included on the mailers.

FEC data also shows as of July 28, Citizens for Waters paid Karen Waters $54,000 so far for the 2018 election cycle, mostly for slate mailers but also for other campaign work. The congressional campaign paid her $72,000 in the 2016 cycle, according to the Center for Responsive Politics, which tracks money in politics.

In November, Waters is facing Republican Omar Navarro, 29, a small business owner. The 79-year-old incumbent beat Navarro in 2016 with 76 percent of the vote, and outpaced him again in the June “jungle primary” (in which both parties can run) with 72 percent of the vote.

“She is going to be re-elected no matter what,” Anderson said. “She comes knocking and other politicians in California to say, ‘do you want my endorsement,’ because she knows they don’t want her opposing them.”

“If you don’t pay to be on her slate, then maybe you’re one of Trump’s people,” Anderson said. “A local politician, like a judge, does not want to be on her bad side.”

“Those payments are legitimate if it’s approximate to the cost for the entity producing, printing and sending the mailers,” Noti, now a senior director at the Campaign Legal Center, told Fox News. “Without seeing the information on the cost of the mailers, it’s difficult to say if there is anything inherently wrong with the math.”

Federal law technically limits individual campaign contributions to $2,700 to a candidate’s committee and $5,000 to a political action committee.

“This certainly violates the spirit of campaign finance laws, but the FEC doesn’t seem to think it violates the letter of the law,” said John Wonderlich, executive director of the Sunlight Foundation, a nonpartisan watchdog group that first reported on the practice by the Waters campaign in 2010 and the connection with her daughter.

The 2004 FEC advisory opinion, signed by Democratic FEC Commissioner Ellen Weintraub, described the slate mailers as follows: “The brochure will feature a prominent picture or likeness of Representative Waters on the front page. It will be promoted as Representative Waters' ‘official sample ballot’ and will contain brief quotes, which convey her opinions and endorsements of the federal and non-federal candidates listed.”

The 2004 FEC opinion states that the payments from other candidates “would not constitute support of, or in-kind contributions to, any federal candidate appearing in the brochure, so long as the authorized committee of that federal candidate reimburses the Waters Committee.”

Fred Lucas is the White House correspondent for The Daily Signal. Follow him @FredLucasWH.