What to know about 2020 presidential hopeful Sen. Elizabeth Warren, D-Mass., including the major issues she advocates and what issue she may still need to overcome.

Democratic presidential candidate Elizabeth Warren, who assailed her opponent Joe Biden for holding a “swanky private fundraiser” after announcing his candidacy, took money from the same donors during her 2018 Senate election, a lawyer who co-hosted the Biden event says.

“In the first 24 hours of his presidential campaign (welcome to the race!), Joe Biden raised $6.3 million,” Warren’s email read wrote. “How did Joe Biden raise so much money in one day? Well, it helps that he hosted a swanky private fundraiser for wealthy donors at the home of the guy who runs Comcast's lobbying shop.”

“How did Joe Biden raise so much money in one day? Well, it helps that he hosted a swanky private fundraiser for wealthy donors at the home of the guy who runs Comcast's lobbying shop.”

But Warren’s attacks appear to be awkward as she apparently accepted campaign contributions from the many of the same donors during her 2018 Senate race.

“I was pleased to support Senator Warren, I think she's a terrific senator, but I think it makes no sense for her to criticize Biden for taking checks at the maximum allowed,” Kenneth Jarin, a lawyer who was a host for Biden’s fundraiser, told the Philadelphia Inquirer, adding that her attacks were “preposterous.”

“I know that she took lots and lots of $2,700 checks raising money for her Senate campaigns,” he added.

“I know that she took lots and lots of $2,700 checks raising money for her Senate campaigns.”

According to the newspaper, the same donors who appeared at Biden’s fundraiser also attended Warren’s fundraisers at a Center City Philadelphia law firm last year and at the city's Rittenhouse Hotel in 2017, donating thousands of dollars to her campaign.

Former Gov. Ed Rendell and Stephen Cozen, a Center City law partner, both organized the recent fundraiser for Biden in Philadelphia and a 2018 fundraiser for Warren, who was seeking donations up to $5,400.

Rendell and Cozen reportedly gave Warren $4,500 and $2,500, respectively, for her Senate campaign. Daniel Berger, a managing shareholder of the firm, gave the maximum allowed, $5,400. He recently donated to Biden’s campaign $2,800. 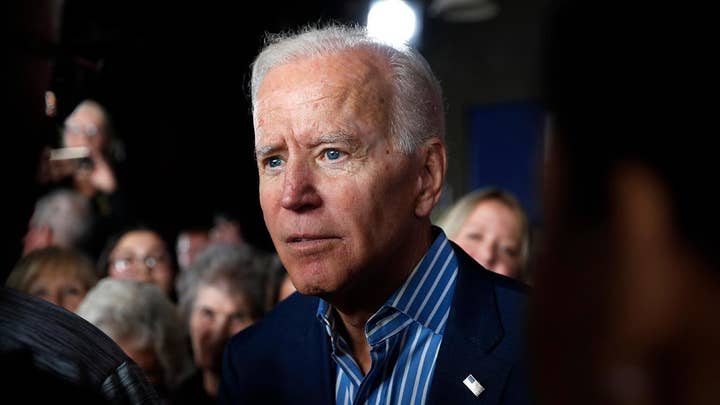 But Berger somewhat defended Warren’s attacks, saying that the wealthy who donated to her in 2018 were driven by a pure belief in her rather than because of some ulterior motives.

“At the Biden event, there were people who genuinely support Joe, like I do for idealistic reasons, and then there were corporate people who were giving money because they have an interest,” Berger told the outlet.

“There were no such people at the event that I hosted for Warren. These were people who genuinely agree with her on her positions and policy issues.”

The latest polls indicate that Biden is the leading 2020 Democrat favored to win the party’s nomination. Warren, meanwhile, is often around fourth place, behind Sen. Bernie Sanders and insurgent Mayor Pete Buttigieg.