“More than 600 federal prosecutors have now said that what’s laid out in the Mueller report would constitute obstruction of justice, and would trigger a prosecution for any human being in this country other than the president of the United States,” Warren said in a speech urging members of Congress to impeach President Trump.

“Robert Mueller put all of the facts together for us, put all of the information together for us, and abided by the Trump Administration declaration under the office of legal counsel that a sitting president cannot be indicted for his crimes. He handed it over to the Congress of the United States of America to do our constitutional duty,” she said. 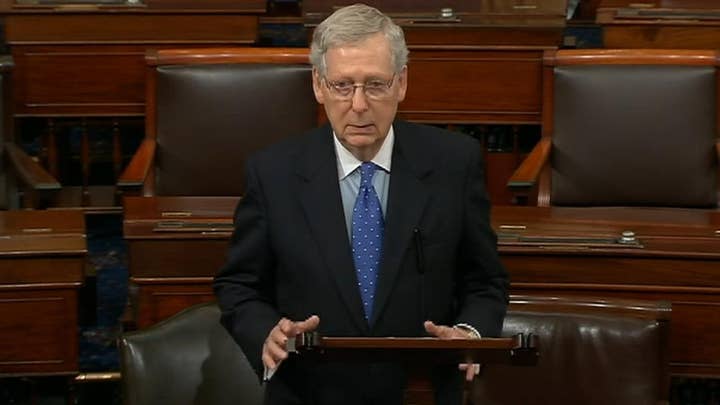 Her remarks followed McConnell’s early condemnation of democratic lawmakers who continue to probe deeper into whether or not Trump obstructed justice by colluding with the Russians during the 2016 election or whether the president tried to obstruct Special Counsel Robert Mueller’s investigation.

McConnell’s calls to refocus lawmaker’s attention to looming concerns of election security ahead of the 2020 race were met with more partisan blame from across the aisle. 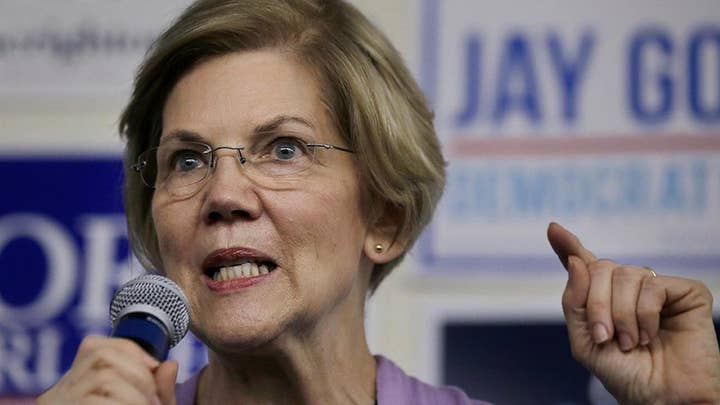 “Foreign powers are ramping up to interfere in our next election, the Senate has done nothing. Nothing to grapple with the problem,” Senate Minority Leader Chuck Schumer, D-NY said Tuesday.

“No matter how many times Mitch McConnell or the rest of the Republicans want to wish that away, it’s there, in black and white in the report,” Warren said.

“If any other human being in this country had done what’s documented in the Mueller report, they would be arrested and put in jail. The majority leader doesn’t want us to consider the mountain of evidence against the president. That is wrong,” she said.