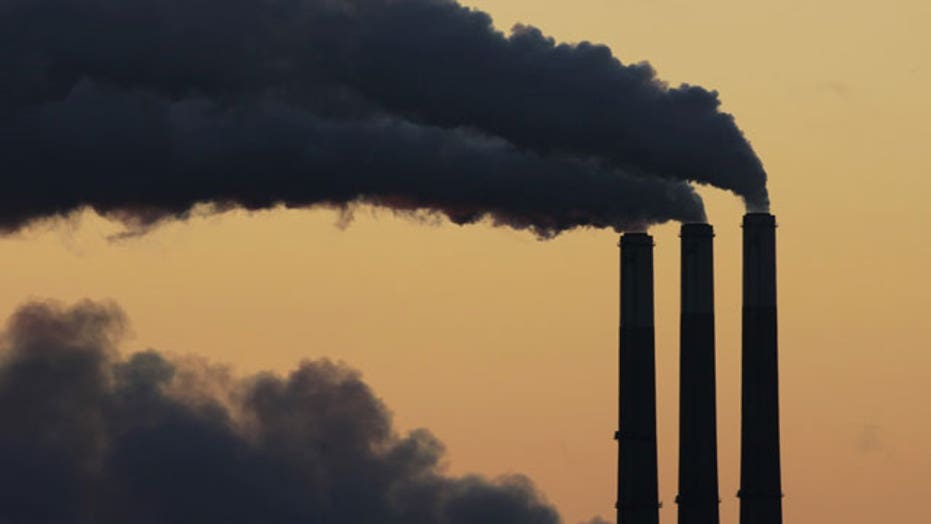 China not expected to cut carbon emissions until 2030

WASHINGTON – The United States pledged Tuesday to cut its greenhouse gas emissions up to 28 percent as part of a global treaty aimed at preventing the worst effects of climate change, the White House said.

The Obama administration's contribution to the treaty, which world leaders expect to finalize in December, codifies a commitment President Obama first made late last year in Beijing, when he announced a joint U.S.-China climate deal that raised global hopes that developed and developing nations can come together to fight climate change.

The U.S. proposal has drawn intense interest around the world. Most nations will miss Tuesday's informal deadline to convey their contributions to the U.N. -- only the E.U., Switzerland and Mexico unveiled their pledges before the U.S. By announcing its commitment early, the U.S. hopes to dial up the political pressure on other countries to take equally ambitious steps to cut emissions.

White House senior adviser Brian Deese said Tuesday that, along with the U.S. pledge, countries that account for more than half of total carbon pollution from the energy sector have submitted or announced what they will do to combat climate change beginning after 2020.

"That's a big deal, because truly global challenges demand global solutions," Deese said on the White House blog. "Climate change is real, it is being driven by human activity, and it is not a problem any one country can solve on its own."

In the works for years, the treaty is set to be finalized in Paris in December. If successful, it will mark the first time all nations -- not just wealthier ones like the U.S. -- will have agreed to do something about climate change.

As part of its proposal, known to climate negotiators as an Intended Nationally Determined Contribution, the U.S. is also asserting that its contribution is both ambitious and fair.

It was unclear what metrics the U.S. would use to back up that claim. But the proposal is expected to emphasize that the Obama administration has accelerated the rate of emissions reductions nearly twofold. Early in his presidency, Obama committed to cut U.S. emissions 17 percent by 2020; his subsequent goal for 2025 pushes it to between 26 percent and 28 percent.

How will the U.S. meet its goal? The Obama administration has avoided putting hard numbers on the size of emissions reductions it expects from specific steps it is taking. In its submission, the E.U. listed specific economic sectors -- such as transportation, energy and manufacturing -- where it expects major reductions, and named the specific greenhouse gases it plans to cut.

In contrast, the U.S. is expected to point broadly to the steps Obama is taking through executive action, such as pollution limits on power plants, stricter vehicle emissions limits, and initiatives targeting specific gases like methane and hydrofluorocarbons.

Many of those steps face major legal challenges and intense political opposition, raising the risk that they could be undermined or even discarded once Obama leaves office in 2017.

"Considering that two-thirds of the U.S. federal government hasn't even signed off on the Clean Power Plan and 13 states have already pledged to fight it, our international partners should proceed with caution before entering into a binding, unattainable deal," said Senate Majority Leader Mitch McConnell, R-Ky.