Assistant Secretary of State of the Bureau of Western Hemisphere Affairs Roberta S. Jacobson, on Jan. 22, 2015.

HAVANA – United States and Cuba made little progress Thursday toward restoring diplomatic ties as promised by their leaders and did not set a date for the reopening of embassies.

Key officials warned that re-establishing normal relations after more than 50 years of animosity is a long and complicated process.

"I can not tell you exactly when [the opening of embassies] will happen. We are working on the issues as quickly as we can and will do so as quickly as we can resolve all functional issues we need to address," said Roberta Jacobson, the top U.S. diplomat for Latin America and the most senior American official to visit the island country in more than three decades.

"It was a first meeting. This is a process," said Josefina Vidal, her Cuban counterpart.

In the next weeks the two governments will schedule another round of talks, which may or may not be the time to finalize an agreement.

Jacobson described the second day of talks in Havana as "positive and productive," focusing on the mechanics of converting interest sections in each other's capitals into full-fledged embassies headed by ambassadors.

Both officials, however, outlined the gauntlet of traps standing in the way of a U.S.-Cuban relationship that is like that of any two other countries. Jacobson spoke of America's persistent concerns about human rights in Cuba. Vidal cited Cuba's status on the U.S. list of state sponsors of terrorism and the various financial restrictions imposed on the country as a result of the U.S. trade embargo.

"We have to overcome more than 50 years of a relationship that was not based on confidence or trust," Jacobson told reporters. She spoke of "profound differences" still separating the two governments and said embassies by themselves wouldn't constitute normalized ties between the U.S. and Cuba, as envisioned by Presidents Barack Obama and Raúl Castro when they announced their historic detente last month.

Officials from both countries described Thursday morning's session on the diplomatic ties as cordial and straightforward. Issues discussed included ending caps on staff, limits on diplomats' movements and, in the case of the U.S. building, removing guard posts and other Cuban structures along the perimeter.

Both sides said they expected the negotiations to require more than Thursday's meeting to resolve, raising the possibility of future rounds. That could set back U.S. hopes of reopening the embassies before April's Summit of the Americas, which Obama and Castro are expected to attend.

Gustavo Machín, Cuba's deputy chief of North American Affairs, said the meeting was productive and took place "in a relaxed atmosphere of respect."

"Look at my face," he said, smiling. "It reflects the spirit in which we've been talking up 'til now." 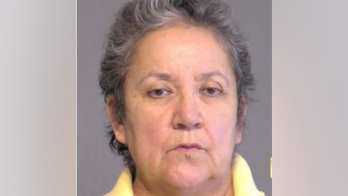