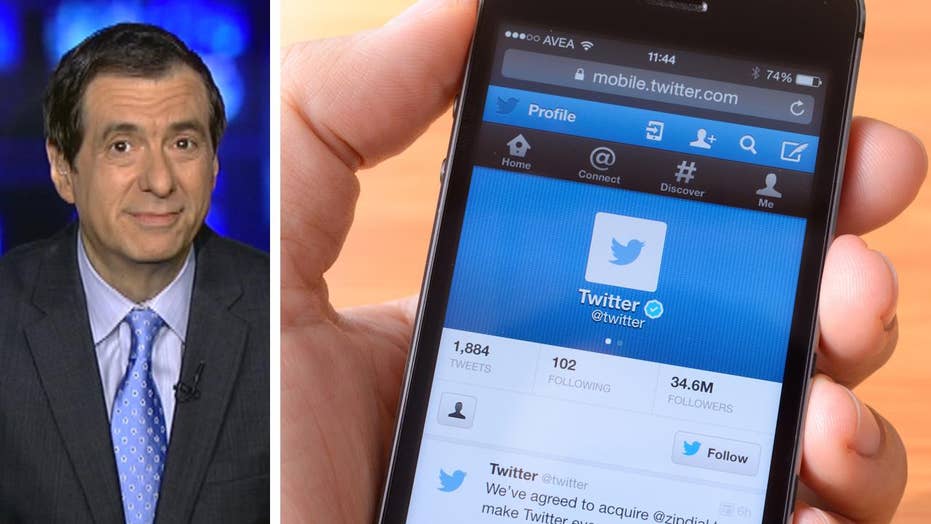 'MediaBuzz' host Howard Kurtz weighs in on ex-Hillary and Obama aides reveling in the Donald Trump Jr. controversy on Twitter

Some of the happiest campers around right now are the folks who worked for Hillary Clinton and Barack Obama.

And they are in full gloating mode.

Having been stunned that Donald Trump beat their candidate—along with most of the media—they are quite publicly relishing the latest twist in the Russia investigation and the uproar over the president’s son.

Now it’s hardly shocking, with Democrats controlling nothing in Washington, that the opposition would want something to cheer about.

But what’s fascinating is the snarky and taunting tone that some of them are taking on Twitter. Having dealt with them over the years, they were generally measured and cautious when they were in top government and campaign positions.

They are exuding an aura of vindication after months of talking about Russian interference in the election, sometimes spiking the digital football.

Now of course it’s Twitter, and they’re out of office, so they’ve got plenty of latitude. And the president, with his wrestling-video approach, has been known to play rough on Twitter.

But there’s a real finger-in-the-eye quality to many of these tweets. One might even say they are trolling the Trump White House.

Not all the Democrats are playing this way. David Axelrod and Josh Earnest, for example, tend to be more balanced in their commentary.

Brian Fallon, who was Clinton’s chief campaign spokesman, reveled in the news about Trump Jr. having met with a Russian lawyer who he was told had anti-Hillary oppo:

Turning his attention to Jared Kushner: “It's about the son-in-law, stupid.”

And Fallon dragged in a criminal case involving Kushner’s father, who has nothing to do with this: “Jared giving up bro-in-law wld be pretty mean. OTOH Jared's dad went to jail for setting up his bro-in-law w/hooker.” Now who’s sounding mean?

Jennifer Palmieri, who was Clinton’s communications director, did a serious tweetstorm on the Don Jr. story:

She also seized on the role of Rob Goldstone, the heavyset British publicist who brokered the Don Jr. meeting, linking to a campaign debate when Trump said the hacking might not have been done by Russians but by some random obese guy:

Dan Pfeiffer, who was Obama’s communications chief and later counselor, took shots at the House speaker and Fox News:

“Donald Trump Jr may have arranged the meeting, but let's not forget Kushner broke the law when he lied about it on his security form.” Kushner amended the form after numeorus omissions.

Pfeiffer also mocked the president’s penchant for battling the media:

Tommy Vietor, former spokesman for Obama’s National Security Council, is the most sarcastic:

Vietor even dragged a notorious murder defendant into his criticism:

Last week it was John Podesta, the former Clinton campaign chairman, who unloaded on Trump, calling him “our whack job POTUS” and telling him to “get a grip man.” But that was different, for Podesta was responding to Trump calling him “disgraceful” and saying from the G-20 summit that he had failed to turn over the DNC server to the FBI. Podesta didn’t work for the DNC.

It may be that Twitter is prime ground not just for potshots but for venting. The former Democratic officials often seem to be commiserating and clowning with their liberal compatriots. They sure don’t sound like they’re trying to persuade folks who might be more favorably disposed toward the president.