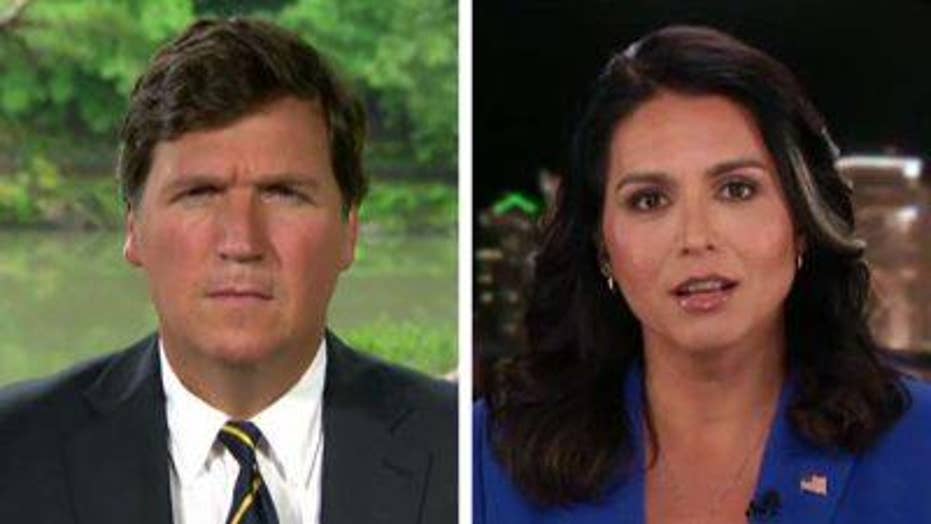 Neoconservatives in the White House are setting up America for a potential military conflict with Iran unless President Trump intervenes, according to Rep. Tulsi Gabbard, D-Hawaii.

Gabbard, a 2020 presidential candidate, claimed Thursday on "Tucker Carlson Tonight" that the president could be the deciding factor on the likelihood of war.

"The neocons in the Trump administration and Saudi Arabia and [Israeli Prime Minister Benjamin] Netanyahu have created a situation where it is going to be very difficult for President Trump to avoid a war with Iran," she said. 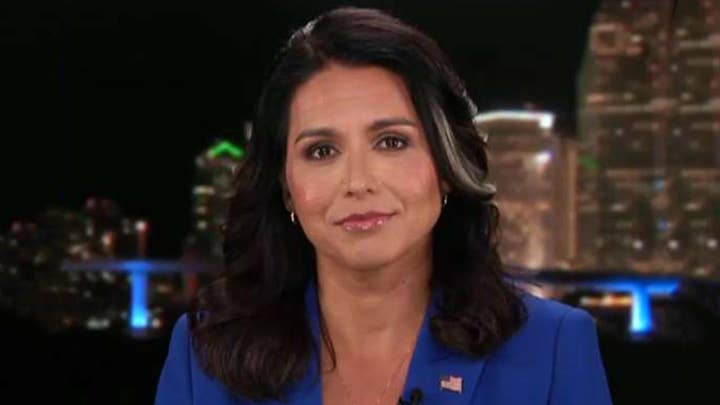 "They have built all the building blocks, placed the dynamite and lit the fuse. It is going to be up to Donald Trump and his leadership whether or not he is going to cut that fuse and say, 'Hey, we need to get back on track and put the interest of the American people in our country first.'"

Gabbard criticized several recent actions including "escalating these crippling sanctions, withdrawing from the Iran nuclear deal, designating Iran's military as a terrorist organization -- something unprecedented -- and continuing to deploy more and more U.S. troops," she said. 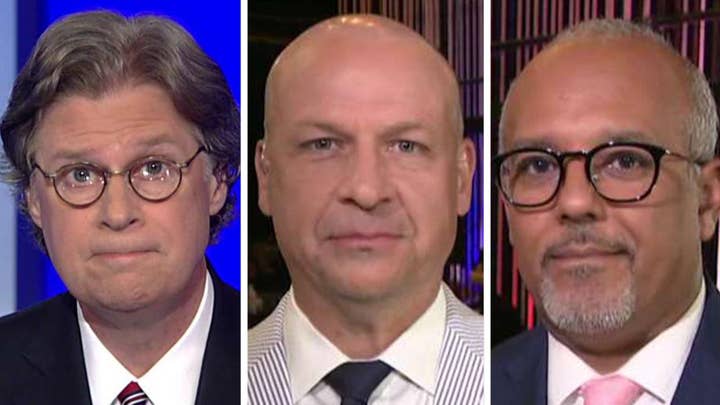 The Hawaii lawmaker called for a more peaceful resolution to current and future international conflicts.

"How about the United States be a leader in the world, work out differences and build relationships with negotiations and diplomacy and finding common interests and seeing how we can work together so we can stop sending our men and women in uniform into harm's way," she said.,

Gabbard commented on her heated exchange with fellow Democratic presidential hopeful Rep. Tim Ryan, D-Ohio, on the topic of the war in Afghanistan.

"Is that what you will tell the parents of those two soldiers who were just killed in Afghanistan, well we just have to be engaged?" she asked the Ohio Democrat.

"As a soldier, I will tell you, that answer is unacceptable. We have to bring our troops home from Afghanistan. We are in a place in Afghanistan where we have lost so many lives."

She told Carlson conflict can make America less safe and cause more harm than good through what she called "wasteful regime-change wars."