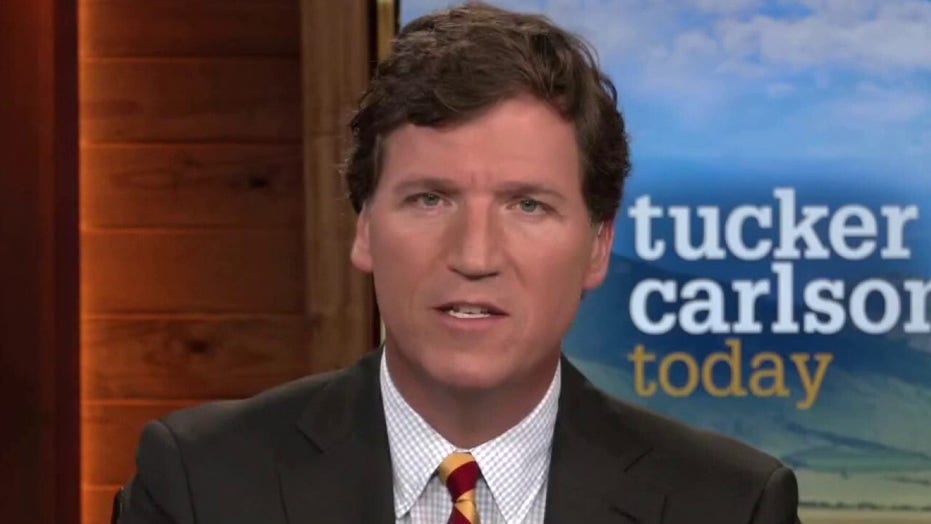 Tucker Carlson: ‘No one should care' what AOC thinks about border crisis

Fox News ‘Outnumbered’ panel weighs in on the migrant surge.

Fox News' Tucker Carlson weighed in on "Outnumbered" Thursday on Rep. Alexandria Ocasio-Cortez, D-N.Y., demanding reparations for migrants due to the handling of the border by the Trump administration. Ocasio-Cortez also objected this week to calling the influx of migrants a "surge," saying it sounded "militaristic" and promoted a "White supremacist idea-philosophy."

TUCKER CARLSON: "It's just interesting to come to a place where a low IQ race-baiter like that has an important voice in national policy. Like, who cares what she thinks? She is totally reckless and she's racist, like openly. I think the key to this, though, is to think clearly about what's best for the United States.

Obviously, the border policy now is a disaster. To be fair, it's been a disaster for a long time and doesn't serve the interests of most Americans, and it won't because people like that use the magic word, which is racism, to cow the rest of the country into submission. She wants to change the population. She wants her party to be more powerful. I get it. But we're allowing her and people like her to do that because we're afraid of being called names. Until decent people would shed their fear of being smeared by someone whose opinion you really shouldn't care about, that we're never going to have a rational immigration policy that helps everybody.

And one last thing. How does it help Ecuador or El Salvador or Guatemala or any of the countries from which these people are coming to have your most ambitious people leave? It's a disaster for them, too. And for us, it doesn't help any good person to have this kind of uncontrolled migration into our country. ... No one should care what she thinks.