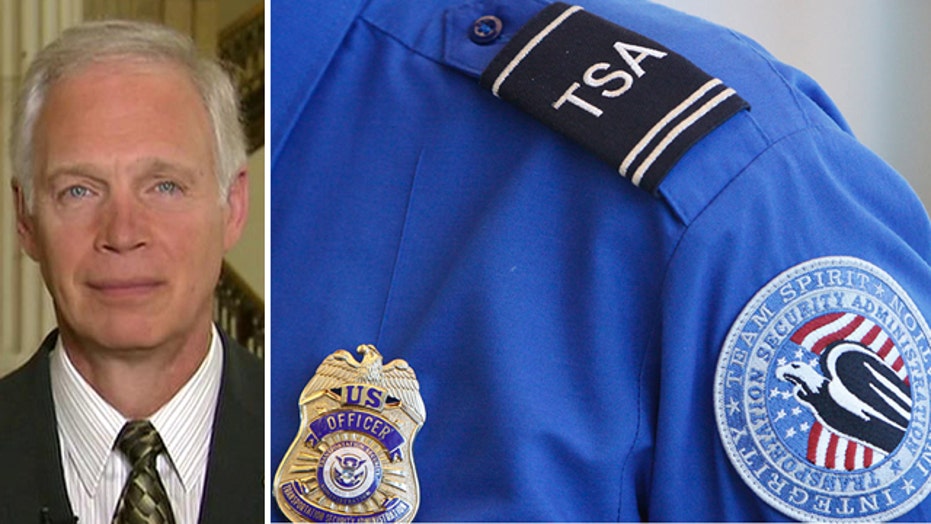 Whistleblowers on Tuesday portrayed the beleaguered Transportation Security Administration as an agency mired in a culture of “fear and distrust” while raising security concerns over several programs -- including TSA PreCheck, in which passes for expedited screening allegedly are passed out “like Halloween candy.”

The TSA employees leveled their criticism during a Senate hearing that follows recent bombshell inspector general reports. One showed undercover agents were able to sneak fake explosives and banned weapons through airport checkpoints about 96 percent of the time; the findings led to the acting TSA secretary being reassigned last week. A second report released Monday showed the agency failed to flag 73 commercial airport workers "linked to terrorism."

The hearing was cut short by a bomb threat, though investigators did not find anything hazardous.

Before the hearing was broken up, Rebecca Roering, an assistant TSA federal security director at the Minneapolis-St. Paul International Airport, told the Senate Homeland Security and Governmental Affairs Committee that the agency suffers from low morale. She said this is in part the result of agency leadership, composed of too many former commercial airline executives “placing more emphasis on customer service and passenger wait times than on security and detection rates.”

As part of this, she argued, TSA significantly expanded its PreCheck program. It now boasts more than 1 million enrollees who enjoy expedited security screening at airports. However, roughly 7 million are allowed to use it, according to whistleblowers.

Roering said TSA is essentially allowing passengers who have not enrolled in or paid for the program to go through the special screening.

“TSA is handing out PreCheck status like Halloween candy in an effort to expedite passengers as quickly as possible, despite the self-admitted security gaps that are being created by the process,” Roering said.

She warned of a culture of “fear and distrust” within the agency, suggesting this prevents the workforce from speaking out. Roering said she expressed concerns about the PreCheck program and was told “I better watch what I said.”

He also said he has concerns about whether the agency understands the depths of security risks.

“I worry about this,” Roth said.

He also said the undercover agents who got the fake explosives and banned weapons past the checkpoints on 67 of 70 tries were inspector general auditors, not members of a special unit or so-called “red team” with detailed knowledge of TSA security systems and how to defeat them, as previously reported.

“Washington hasn’t leveled with the American people,” committee member and Nebraska GOP Sen. Ben Sasse said after the hearing, in response to Roth’s revelation. “And DHS is treating this like a PR crisis instead of a homeland security threat.

Sasse is also calling upon the Obama administration to declassify the inspector general's investigation and “publicly release everything else it knows about TSA's failures.”

In the more recent IG report, the watchdog said 73 workers with links to terrorism were not identified by the agency.

Apparently, TSA does not have access to all the terror watchlist information it needs to make those judgments.

“The TSA did not identify these individuals through its vetting operations because it is not authorized to receive all terrorism-related categories under current interagency watch-listing policy,” the report states.

According to TSA data, the people in question were working for major airlines, airport venders and other employers.