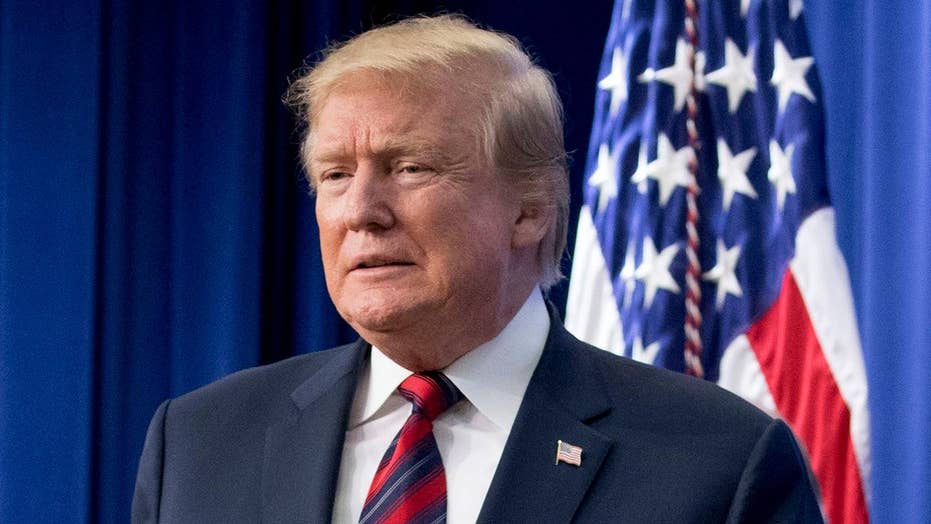 While the Mueller report found insufficient evidence of collusion with the Russians by the president or his campaign in 2016, it was less charitable on the subject of obstruction of justice; Kevin Corke reports from the White House.

Special Counsel Robert Mueller and President Trump communicated directly at one point during the long-running investigation into Russian election interference, when the president's legal team submitted written testimony in response to Mueller's questions on a variety of topics in November 2018.

And in some cases, Trump and his attorneys brought the sass.

One of Mueller's questions referred to a July 2016 campaign rally, when Trump said, "Russia, if you’re listening, I hope you’re able to find the 30,000 emails that are missing."

That was a reference to the slew of documents deleted from Secretary of State Hillary Clinton's private email server. Trump's comment prompted numerous frenzied accusations that he was openly sending a signal to Russian hackers.

Mueller's report noted that hours after Trump's remarks, a Russian-led attempt to access some Clinton-linked email accounts was launched, although there was no evidence Trump or his team directed or coordinated with that effort.

"Why did you make that request of Russia, as opposed to any other country, entity or individual?" Mueller's prosecutors asked.

Mueller's report noted that after Trump's statement, future National Security Adviser Flynn contacted operatives in hopes of uncovering the documents, and another GOP consultant started a company to look for the emails.

"I made the statement quoted in Question II (d) in jest and sarcastically, as was apparent to any objective observer," Trump, speaking through his attorneys, shot back. "The context of the statement is evident in the full reading or viewing of the July 27, 2016, press conference, and I refer you to the publicly available transcript and video of that press conference."

Separately, Mueller asked Trump why he previewed a speech in June 2016 by promising to discuss "all of the things that have taken place with the Clintons," and what specifically he'd planned to talk about.

WHATEVER HAPPENED TO THE 'BOMBSHELLS' THAT FIZZLED? BUZZFEED'S COHEN TESTIMONY SCOOP, THE GOP PLATFORM SWITCH, ETC?

After discussing other events, Trump concluded his reply: "I continued to speak about Mrs. Clinton's failings throughout the campaign, using the information prepared for inclusion in the speech to which I referred on June 7, 2016."

The Intercept co-founder Glenn Greenwald weighs in on the media reaction to the Mueller report on "Tucker Carlson Tonight."

In all, Mueller's 448-page report included 23 unredacted pages of Mueller's written questions and Trump's written responses. The special counsel's team wrote that it tried to interview the president for more than a year before relenting and permitting the written responses alone.

An introductory note included in the report said the special counsel's office found the responses indicative of "the inadequacy of the written format," especially given the office's inability to ask follow-up questions.

Click here for the full exchange between Mueller's team and Trump.

Citing dozens of answers that Mueller's team considered incomplete, imprecise or not provided because of the president's lack of recollection — for instance, the president gave no response at all to the final set of questions — the special counsel's office again sought an in-person interview with Trump, and he once again declined.

Mueller's team said it considered seeking a subpoena to compel Trump's in-person testimony, but decided the legally aggressive move would only serve to delay the investigation.