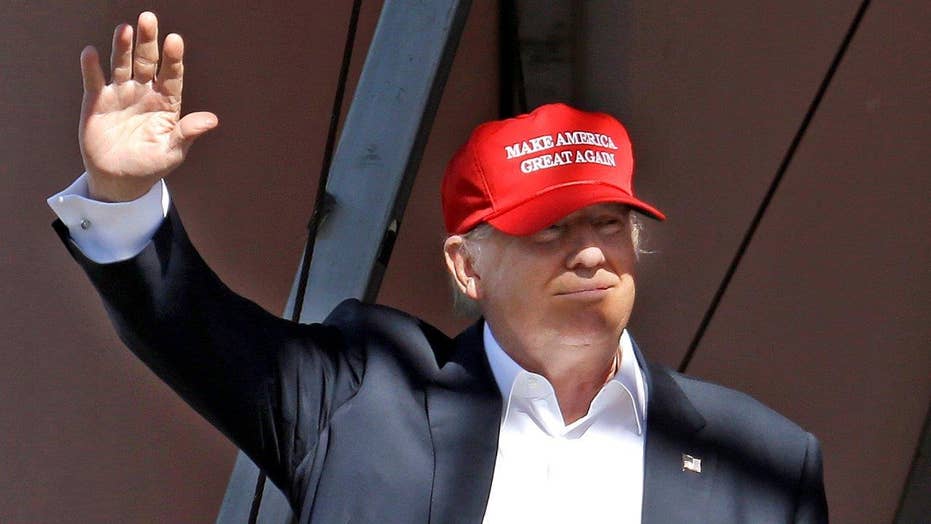 Donald Trump, in an extensive interview Tuesday, said he does not intend to release his tax returns before the November election -- and ruled out accepting public money to finance his campaign for the White House.

Speaking to the Associated Press, Trump cited an ongoing audit of his finances as the reason he does not expect to release his returns before November, but said he will release them after the audit is completed.

"There's nothing to learn from them," he said, adding that he doesn’t think the voters are interested.

He also ruled out taking public financing for his White House campaign. Doing so would have saved him the task of raising vast sums, but would also limit how much money he could spend fighting the Democratic nominee. He called public financing “inappropriate.”

"I don't like the idea of taking taxpayer money to run a campaign. I think it's inappropriate," he said.

The billionaire also said he wasn’t interested in spending a lot of money on data operations to identify potential voters and to model turnout scenarios. He called Obama’s data operation “overrated” and said he instead wants to rely on the large rallies that have helped him essentially lock down the Republican nomination.

"My best investment is my rallies," Trump said. "The people go home, they tell their friends they loved it. It's been good."

In terms of naming his running mate, Trump told Fox News Wednesday that he has narrowed his list down to five or six people but has not yet made a choice. He added that he intends to hold off announcing his choice until the convention in Cleveland in July.

“I think that’s traditionally the way it’s done. I like tradition and I think suspense is a good thing,” Trump said. He has previously said he is looking for someone with congressional ties who can help get bills passed through Congress.

He also mocked a number of politicians who have stated publicly they would not be interested in being his running mate.

Trump is due to travel to Washington Thursday for meetings with top Republican leaders, including House Speaker Paul Ryan, who has so far declined to endorse the billionaire.