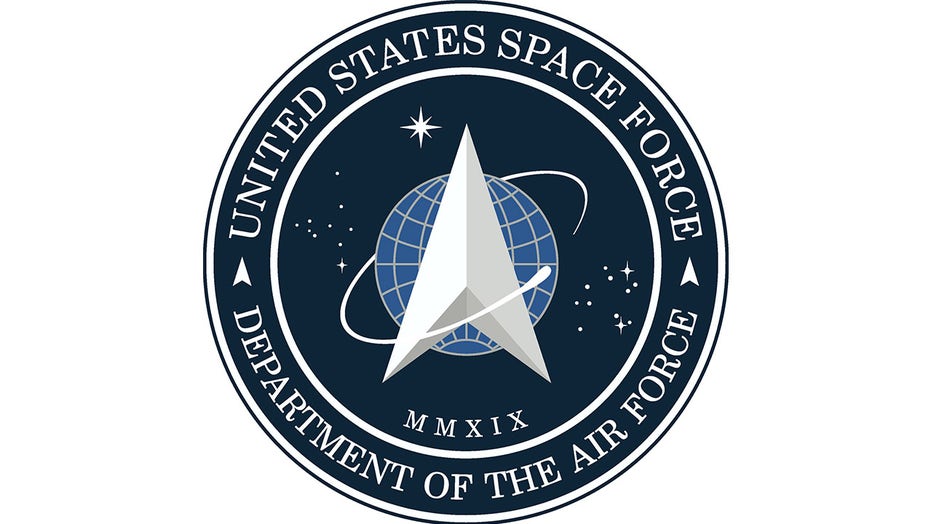 President Trump on Friday unveiled the logo for the newly created Space Force, the sixth branch of the U.S. armed forces.

"After consultation with our Great Military Leaders, designers, and others, I am pleased to present the new logo for the United States Space Force, the Sixth Branch of our Magnificent Military!" he tweeted.

The logo is similar in design to the Air Force Space Command logo, the predecessor to the Space Force.

"The U.S. Space Force seal honors the Department of the Air Force’s proud history and long-standing record of providing the best space capabilities in the world," a Space Force spokesperson told Fox News. "The delta symbol, the central design element in the seal, was first used as early as 1942 by the U.S. Army Air Forces; and was used in early Air Force space organization emblems dating back to 1961. Since then, the delta symbol has been a prominent feature in military space community emblems."

TOM AYRES: HERE'S WHY SPACE FORCE IS KEY TO MAINTAINING AMERICA'S EDGE IN THE 21ST CENTURY

In December, Congress passed a $738 billion Pentagon defense bill that authorized the creation of the Space Force. Its goal is to train and equip space forces in order to protect U.S. and allied interests in space and to provide space capabilities to the joint force, the spokesperson said.

The branch became the butt of wisecracks in recent days when it unveiled its camouflage utility uniform, which resembles uniforms used in the Army and Air Force. Most of the criticism questioned why anyone would need green camouflage in space.

Some also poked some light humor at the new logo, comparing it to the one used for Starfleet, the space exploration group from the Star Trek television series.

"Ahem. We are expecting some royalties from this...," tweeted Star Trek actor George Takei, who played Lieutenant Hikaru Sulu on the USS Enterprise.

"You know, I was saying it the other day cause we're doing a tremendous amount of work in space," Trump said. "I said, 'maybe we need a new force, we'll call it the space force.' And I was not really serious, and then I said, 'what a great idea, maybe we'll have to do that.'"