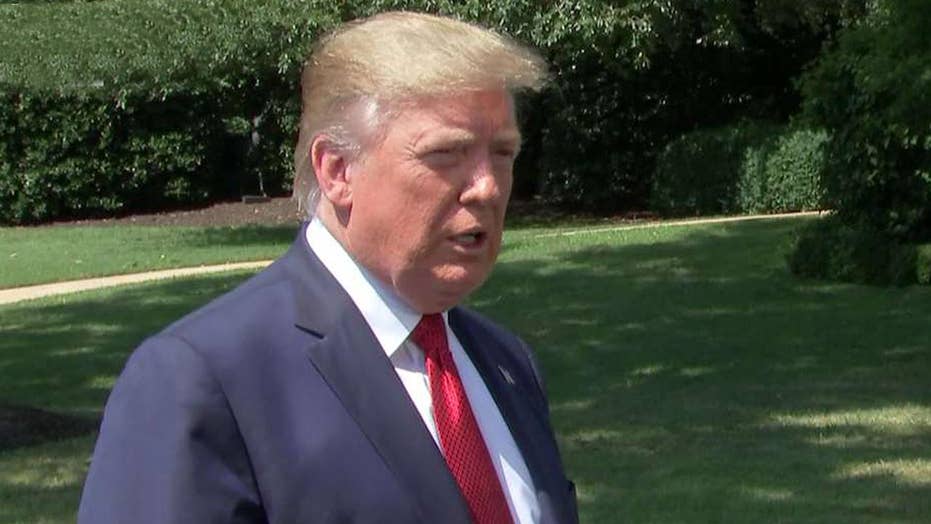 President Trump remarks on postponing his meeting with Danish Prime Minister Mette Frederiksen after her response to his interest in buying Greenland.

If Denmark is trying to strike a hard bargain for Greenland, President Trump is turning to a familiar playbook to make the deal.

After Danish Prime Minister Mette Frederiksen refused to sell the semi-autonomous territory – a scenario that was only recently reported, may or may not be serious, and is generally viewed as occupying a space somewhere between absurd and strategically brilliant – Trump canceled a trip to Denmark and then lashed out at the country Wednesday for not pulling its weight with NATO spending.

Trump claimed that considering Denmark’s wealth, they should be contributing far more, especially compared with what the U.S. spends.

“For the record, Denmark is only at 1.35% of GDP for NATO spending. They are a wealthy country and should be at 2%. We protect Europe and yet, only 8 of the 28 NATO countries are at the 2% mark. The United States is at a much, much higher level than that,” Trump tweeted Wednesday afternoon.

The president has long pressured other NATO countries to commit more toward defense spending. He said that due to his attention to the matter, other NATO countries have pledged $100 billion more, but even that is “still way short of what they should pay for the incredible military protection provided.”

The president then shared a graph showing that the U.S. spends just under 3.5 percent of the country’s GDP, with the next highest being Greece at 2.24 percent. The chart shows that most countries have increased their percentages over the past five years, while the U.S. has been able to decrease its commitment while still being well ahead of the others.

“Allies must spend more on defense. This has been the clear message from President Trump,” he said. “And this message is having a real impact.”

Trump was originally planning a visit to Denmark, but canceled Tuesday after Frederiksen said Greenland was not for sale and called the idea “absurd.”

"Denmark is a very special country with incredible people, but based on Prime Minister Mette Frederiksen’s comments, that she would have no interest in discussing the purchase of Greenland, I will be postponing our meeting scheduled in two weeks for another time," Trump tweeted.

Trump has defended the idea, recalling that President Harry Truman also considered it.

The president personally criticized Frederiksen, calling her response “nasty.” In remarks outside the White House Wednesday, he described her statement as “a very not nice way of saying something,” and declared, “You don’t talk to the United States that way, at least under me.”