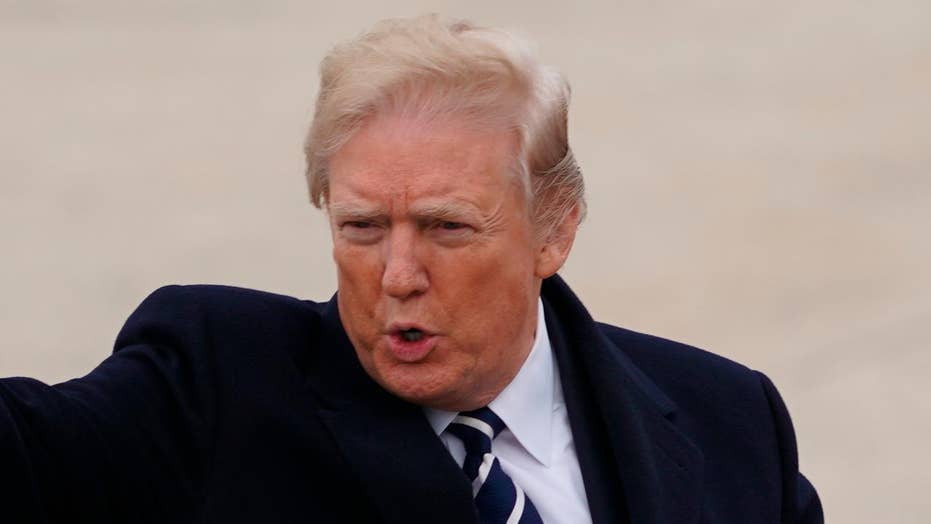 Fox News is told that the White House will declassify the latest version, which sources said included 'technical edits' at the request of the FBI; chief White House correspondent John Roberts reports.

President Trump is expected to swiftly declassify a controversial memo on purported surveillance abuses, sources tell Fox News, even as Democrats raise objections that edits were made to the document since it was approved for release by a key committee.

Those objections fueled a new round of partisan recriminations on Thursday, with House Democratic Leader Nancy Pelosi firing off a letter to Speaker Paul Ryan demanding the chairman of that committee, Republican Devin Nunes, be removed.

“Chairman Nunes’ deliberately dishonest actions make him unfit to serve as Chairman, and he must be immediately removed from this position,” she wrote.

But the objections don’t appear to be halting the publication plans.

The release is likely to come Friday morning, Fox News is told.

Trump already had made clear he supports the release of the document, before the top Democrat on the House Intelligence Committee late Wednesday charged that Nunes made "material changes" to the memo.

Rep. Adam Schiff, D-Calif., who opposes the memo’s release in any form, wrote that the committee’s minority determined the letter was not “the same document” its members have been reviewing since mid-January. Nunes' office countered that the changes were minor and blasted the complaint as a “bizarre distraction from the abuses detailed in the memo.”

Rep. Adam Schiff is fighting the release of the surveillance memo. (AP)

Fox News is told that the version Trump plans to declassify contains “technical edits” made at the request of the FBI.

Yet, in a rare and surprising rebuke, an FBI statement was released on Wednesday asserting they had “grave concerns about material omissions of fact that fundamentally impact the memo’s accuracy.”

A source familiar with the memo said the edits included some addressing grammar and clarity, as well as an edit done at the request of the FBI and another at the request of committee Democrats. The source challenged Schiff’s claims, saying the edits were made before the memo went to the White House.

Devin Nunes is at the center of a DC firestorm over the expected release of a government surveillance memo. (AP)

The document purportedly is critical of the FBI's use of surveillance during the 2016 presidential campaign. White House spokeswoman Lindsay Walters said Thursday that Trump “has read the memo.”

Next steps are not yet clear, but the president may transmit the letter back to the committee with a declaration that it has been declassified. The committee would then release the memo.

Under official rules, the committee is technically able to release such information after a five-day period unless the president objects. The committee formally started that clock with a vote this past Monday.